Definition: What is Fischer Esterification?

Fischer Esterification or Fischer–Speier Esterification is an organic reaction that is used to convert carboxylic acid into an ester. The reaction takes place in the presence of excess alcohol and an active acid catalyst. During the reaction, the products and the reactants are in equilibrium. This ester is formed along with water, which has to be removed continuously to prevent the reversible reaction. This equilibrium is one of the drawbacks of Fischer esterification. Sulfuric acid is the most commonly used acid catalyst during the esterification process. The ratio of carboxylic acid to sulfuric acid should be 1:1 [1-3].

The history of this reaction goes back to 1895 when Emil Fischer and Arthur Speier reported it in a German publication. 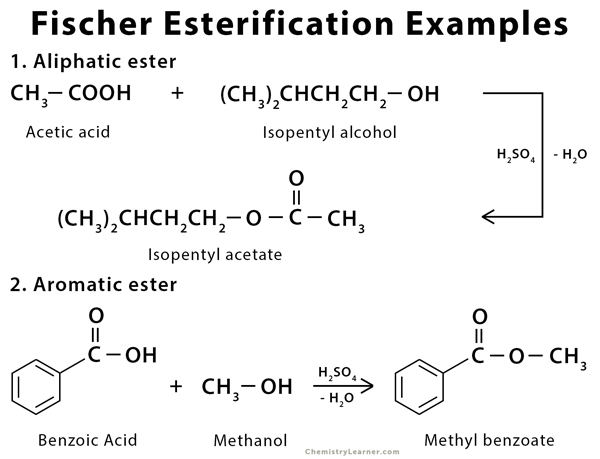 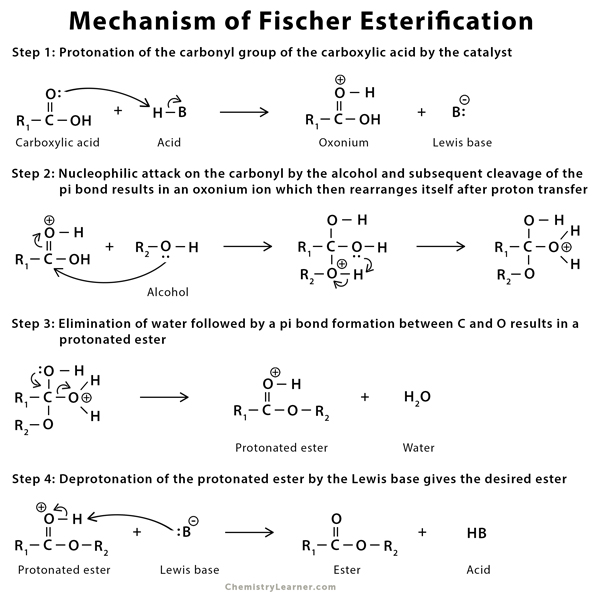 Fischer esterification is used to produce ester, which has a wide range of synthetic and biological applications. For example, esters are used as solvents for lacquers, paints, and varnishes.