What is the Periodic Table

Usually, each row, or period, has the metal elements on the left, while the non-metals are on the right. Six of the groups are numbered, with the elements having their own group names as well, for example, the alkali metals are in Group 1, halogens in Group 17, and noble gases in Group 18.

Hydrogen is the first element in the periodic table and shows great similarities in properties with both alkali metals and halogens. Due to this, it is sometimes placed separately in the table. However, in most cases, it is placed above the alkali metal group, being included simply in the non-metal group along with elements like carbon, nitrogen, and oxygen.

The periodic table was first developed and published by Russian chemist Dmitri Mendeleev, in 1869. It has since been extended with the discovery of new metals, with the table remaining extremely useful in the field of chemistry as well as other scientific fields.

The Periodic Table of Elements

The Lanthanide and Actinide Series 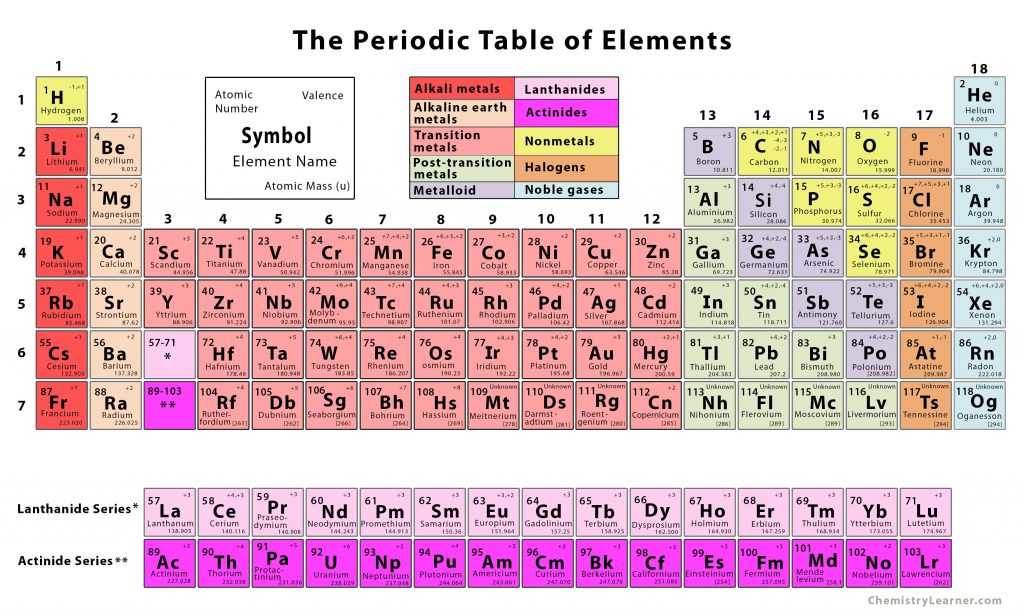 Here, all the 118 elements have been grouped and color-coded according to what family they belong to. The symbol, atomic number, atomic mass, and valency of each element has been mentioned in their respective square. The file is available as JPG and PDF for offline printing. Please make sure to check the ‘Fit picture to frame’ option to get a proper printout.