What is a Friedel-Crafts Acylation

The Friedel-Crafts acylation, also called Friedel-Crafts alkanoylation, is a process that involves the addition of an acyl group to an aromatic compound (benzene), with acyl halide (RCOCl) and aluminum trichloride (AlCl3) being the typical acylating agent and Lewis acid catalyst respectively [1]. Acyl anhydrides can also be used as an acylating agent while iron (iii) chloride can act as a catalyst [2]. It is named after the French chemist Charles Friedel and American chemist James Crafts who developed the reaction in 1877 [1, 2].

The driving force behind the FC acylation is the activation of electrophile using a Lewis acid to form an acylium ion which is attacked by the aromatic ring [2]. 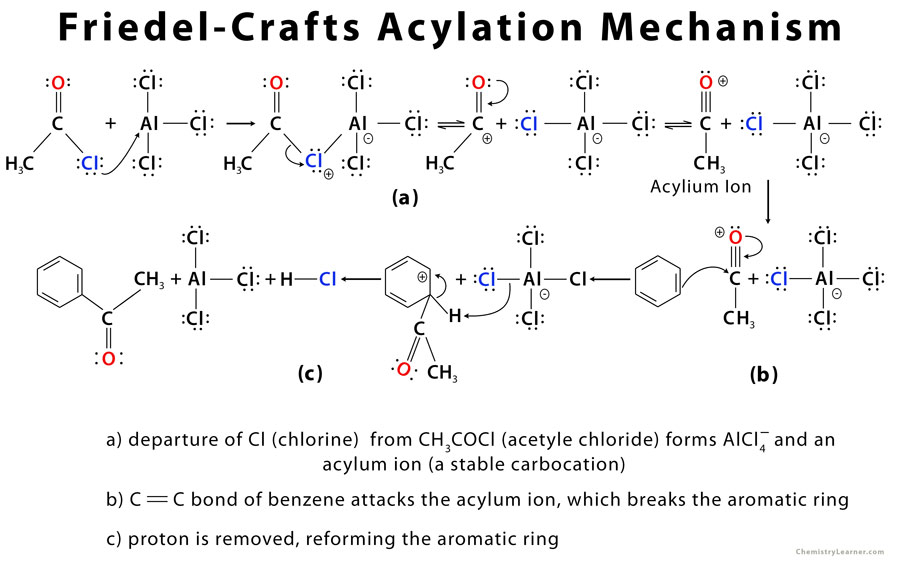 Since the acylium ion is resonance stabilized (as shown in the first step), no rearrangement of carbocation occurs [3]. Moreover, the aromatic compound is deactivated and can no longer accept electrons from a nucleophile (electrophilic attack), preventing it from taking part in further reactions [3].