Definition: What is Hofmann elimination?

The Hofmann elimination is an elimination reaction used to synthesize alkenes by eliminating parts of an amine having β-hydrogen. When alkyl amines react with methyl halide, it forms an alkylammonium salt. The salt is treated with silver oxide or a strong base (e.g., silver hydroxide) to produce an alkene. With asymmetrical amines, the most favored alkene product is the one that is least substituted. This rule is known as the Hofmann rule [1-4]. 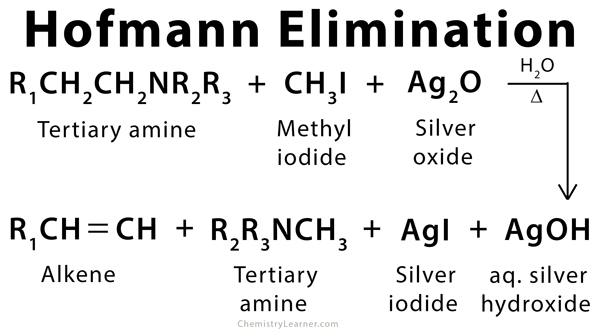 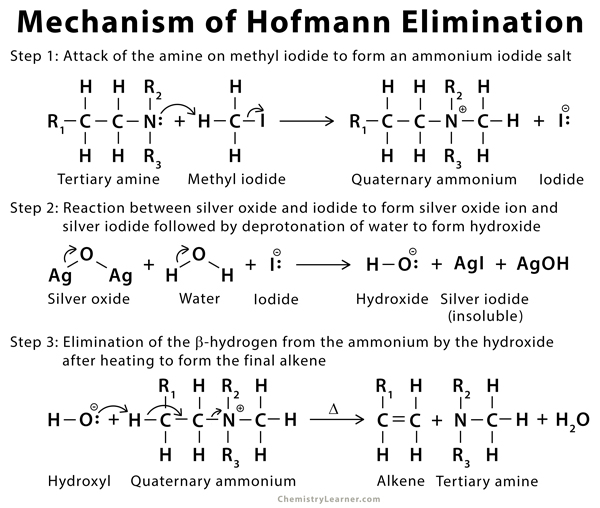 Ans. Unlike Hofmann rule, Sayzeff rule follows the principle that the original alkene product is the one that is highly substituted and the most stable.

Q.3. Does Hofmann elimination take place in the body?

Ans. Yes. Non-depolarizing muscle relaxants like atracurium and cisatracuriumbesilate (Nimbex©) are removed from the body through Hofmann elimination. 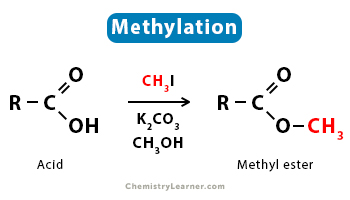