Definition: What is Jones Reagent? 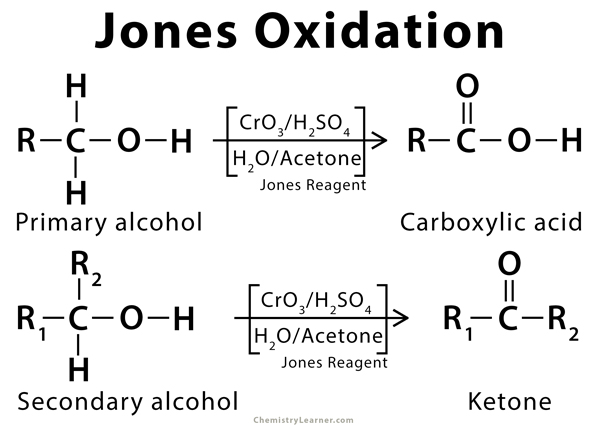 Mechanism For Preparation of Chromic Acid From Jones Reagent [5-8]

Reaction Mechanism for Preparation of Chromic Acid from Jones Reagent 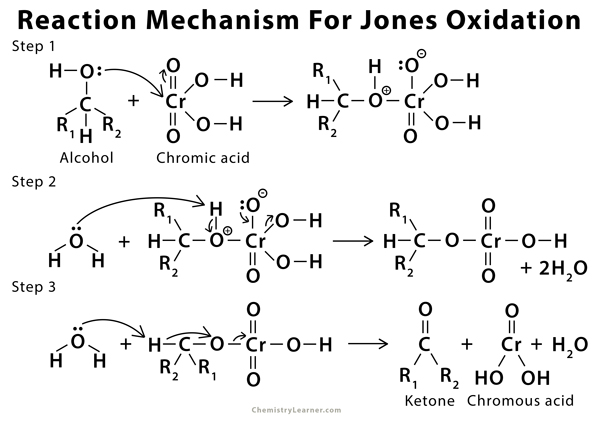 Uses and Applications of Jones Reagent

The Jones oxidation is one of the most fundamental reactions in organic chemistry. The primary purpose of using Jones reagent is to produce carboxylic acid and ketone from a primary and secondary alcohol.

If Jones oxidation is carried out under anhydrous condition, then the reaction will stop at aldehyde. However, in the presence of aqueous acid (e.g., aq. H2SO4), it will yield carboxylic acid.

Ans. Jones reagent can be used to oxidize aldehyde resulting in a carboxylic acid.

Ans.No. Jones reagent does not react with aryl alkanes and alkenes.