Definition: What is Strecker Synthesis?

Strecker synthesis is a method for the synthesis of amino acids from the reaction of an aldehyde with ammonium chloride in the presence of sodium cyanide. The procedure is carried out in two steps, during which several intermediates are formed. A wide variety of amino acids can be synthesized through this method [1, 2]. 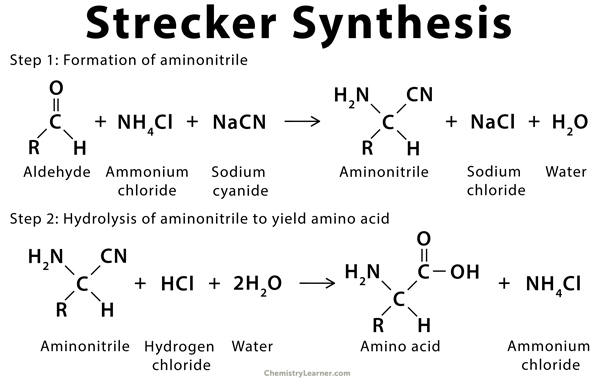 History of the Reaction

It has been named after the German chemist Adolph Strecker, who first used it to synthesize amino acid from aldehyde and ketone. He used this method to produce alanine from acetaldehyde, ammonia, and hydrogen cyanide. His findings were reported in two German papers dating back to 1850 and 1854. 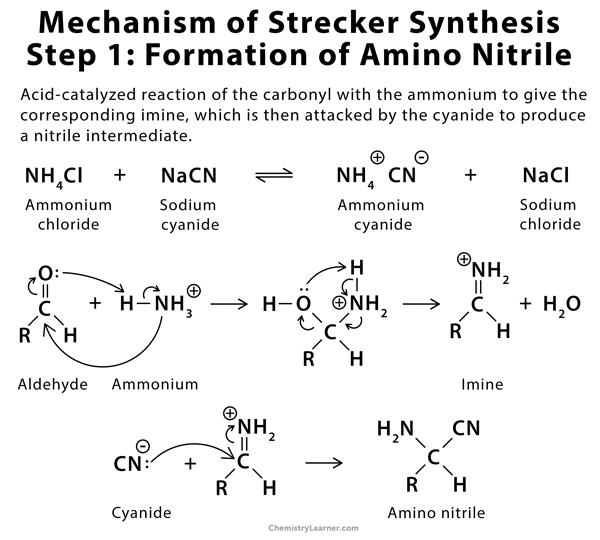 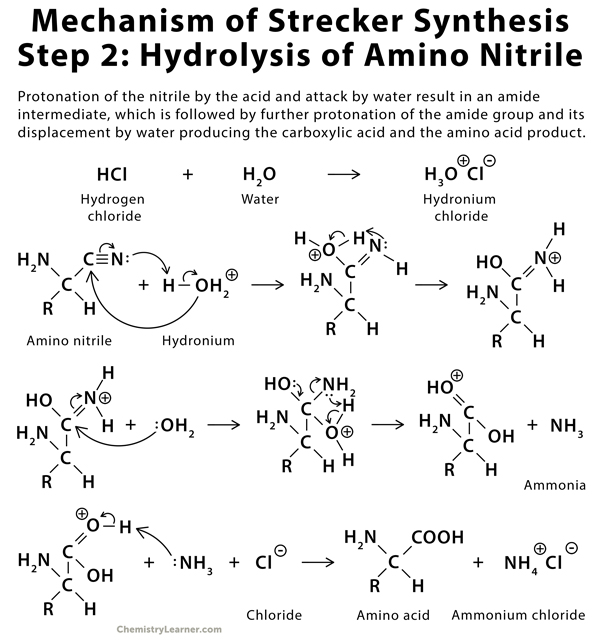