Definition: What is Tollens’ Test? 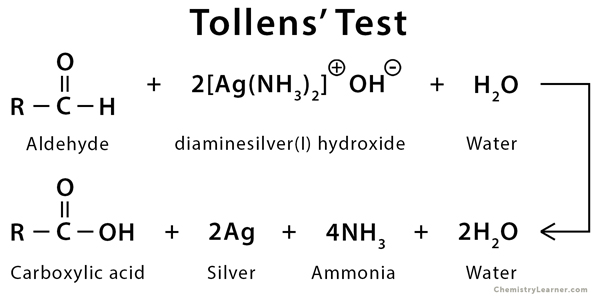 The history of this reaction goes back to 1882 when a work done by German chemist Bernard Tollens was published in a German journal. 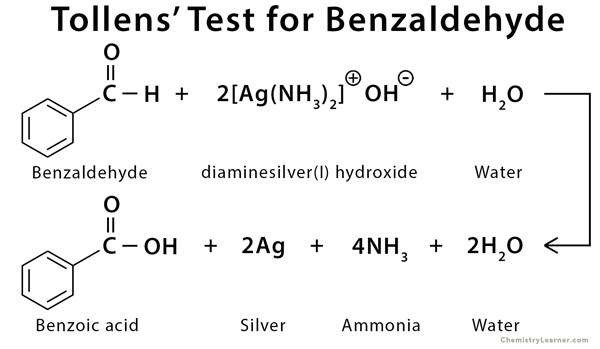 Tollens reagent is a mild oxidizing chemical reagent that is used in the Tollens’ test. It is a colorless, basic, and aqueous solution containing silver ions coordinated to ammonia, forming a diaminesilver(I) complex [Ag(NH3)2]+. Tollens’ reagent is prepared using a two-step procedure. During the process, two events occur. First, the aldehyde gets converted into carbon dioxide. Second, the Ag+ ions are reduced to Ag metal, which leaves a shiny appearance inside the test tube, indicating a positive result [1-3]. 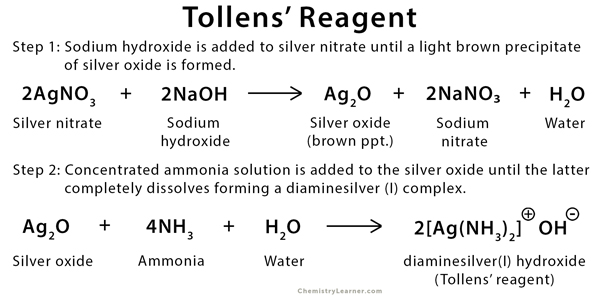 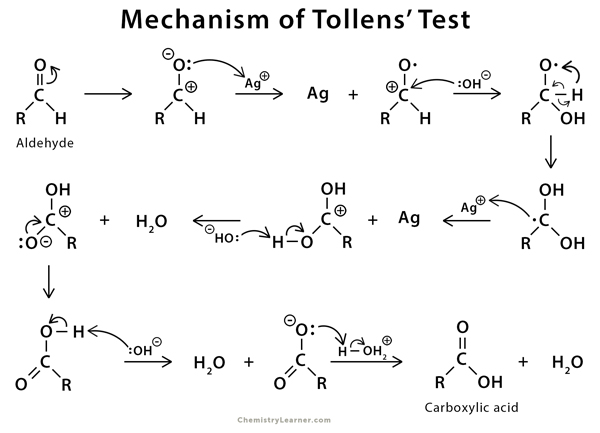