Definition: What is Zaitsev’s rule?

Zaitsev’s rule, also called the Saytzeff Rule, is an empirical rule that can predict the favored alkene product in an elimination reaction. According to Zaitsev, the alkene formed in the highest amount is the one that corresponds to the removal of the hydrogen from that β-carbon that has the fewest hydrogen substituents. In other words, the product with the most substituted carbon in the C=C pi bond will be thermodynamically the most stable. Zaitsev’s rule is mostly applicable to the dehydrohalogenation of alkyl halides and the dehydration of aliphatic and aromatic alcohols. The products formed are known as Zaitsev’s products [1-9]. 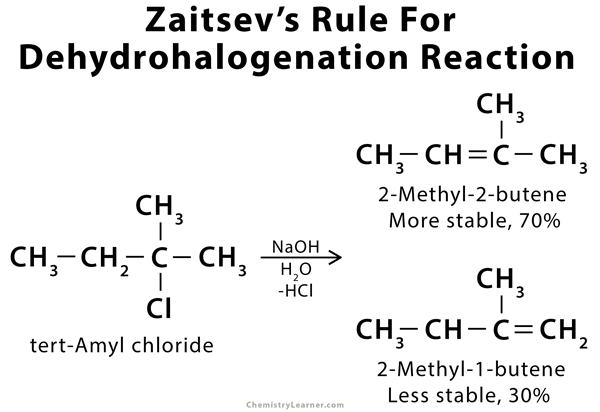 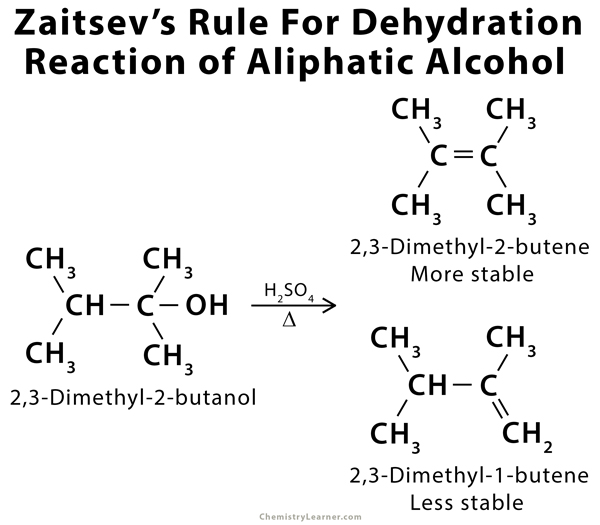 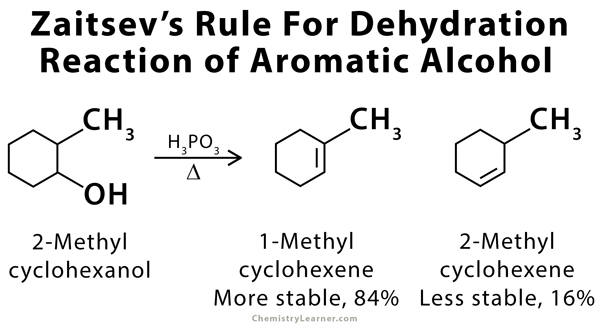 In anti-Zaitsev’s rule, the regular Zaitsev’s rule is not followed. Instead, the elimination reaction favors Hofmann rule, and the products obtained from this reaction are known as Hofmann products [9].

Q.1. How does Zaitsev’s rule differ from Hofmann rule?

Ans. Unlike Zaitsev’s rule, Hofmann rule states that the most favored and thermodynamically stable alkene during elimination reaction is the one that is least substituted.

Q.3. Why are Zaitsev’s products stable?

Ans. Zaitsev’s products are stable because of hyperconjugation with the double bond.

Table Of ContentsWhat is an Elementary Reaction [1-2]Molecularity and Rate Law of...

Table Of ContentsWhat is Metathesis Reaction [1-12]Types and Examples of Metathesis...