Definition: What are Lewis Acid and Lewis Base?

A Lewis acid is an electrophilic species that accepts a pair of electrons from ions or molecules. On the contrary, a Lewis base is a nucleophilic species that donates a pair of electrons to ions and molecules. Lewis acid and base can react with one another by transferring electrons to form a covalent bond resulting in a simple or complex molecular structure. The product formed by a Lewis acid-base reaction is known as adduct [1 – 4]. 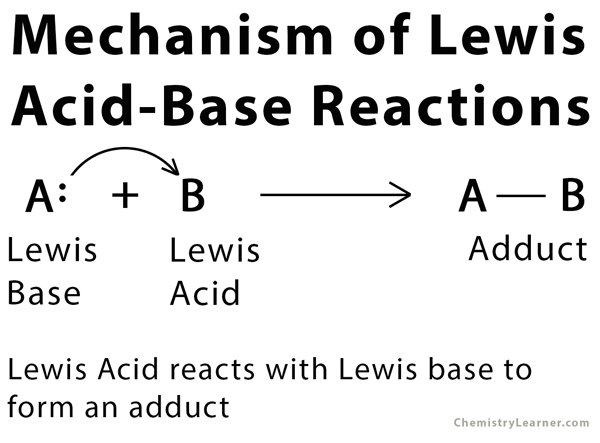 Lewis Acid and Base Mechanism Reaction 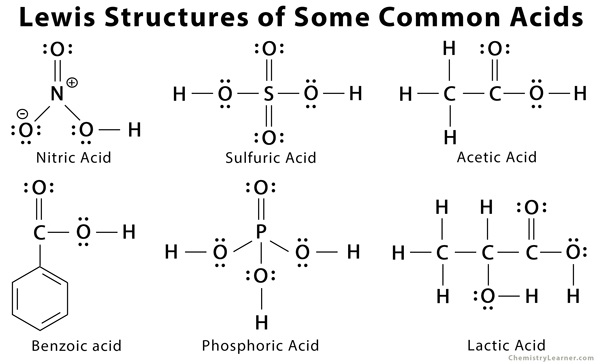 Lewis acid can be

Lewis base can be 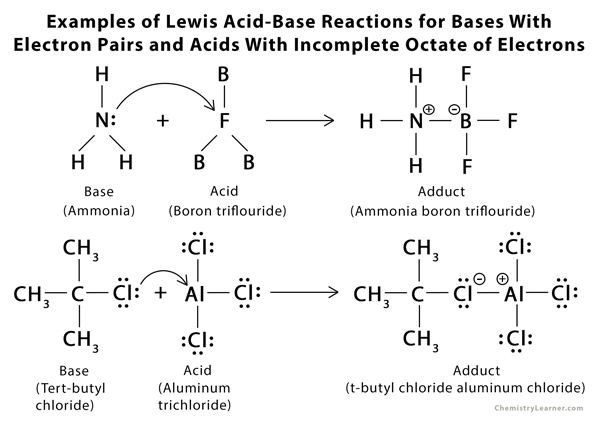 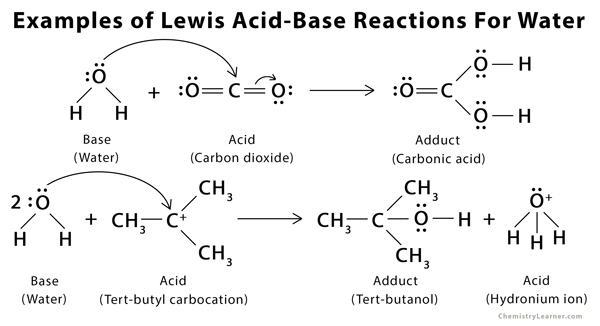 Examples of Lewis-Acid Base Reactions For Water 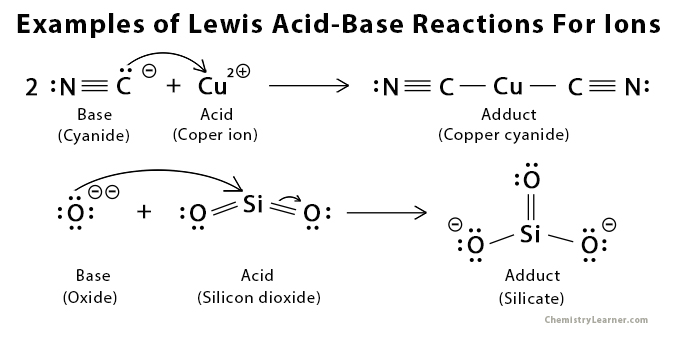 Applications of Lewis Base [11]

Q.1. Why is acetic acid not a Lewis acid?

Ans. Acetic acid is not a Lewis acid because it cannot form a covalent bond with an electron pair.

Ans. It is neither a Lewis acid nor a base. CH4 is a non-polar molecule with a low electronegativity difference between C and H.

Ans. Iodine is a Lewis acid because it can combine with Lewis base to form complexes. For example, it gives a red solution with benzene.

Ans. CO2 is a Lewis acid since it has a slightly positive charge on the C atom, due to significant electronegativity difference with oxygen, and can attract electrons.

Q.4. How to identify Lewis acid and bases?

Ans. The best way to identify if an ion or a molecule is a Lewis acid or base is by drawing its Lewis dot structure. Then identify those electrons that are bonded and the ones that are not. The electronegativity difference between the bonded atoms and the presence of pi electrons should also be taken into account.

One response to “Lewis Acid and Base”