The simplest alkoxides and organic salts are called Methoxides.

There are various methoxides in existence. They are:

All the above chemicals are called methoxides together. The methoxides can be used in the preparation of bio-diesel. All the methoxide compounds decompose in the presence of water.

Methoxide is the conjugate base of ethanol (CH3OH). The methoxide ion is extremely strong as a base (substance capable of accepting a hydrogen ion or proton). It is even stronger than a hydroxide ion.

Methoxides should not be kept in the presence of water. This is due to the fact that the methoxide will cause a chemical reaction by removing a proton from the water molecule. It will produce methanol and hydroxide. 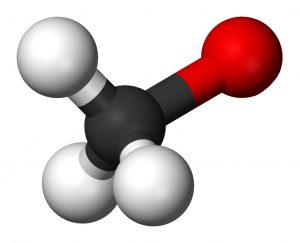 The resulting solution is colorless and is used as a source for sodium methoxide. To isolate the pure material from the solution, you have to apply heat to it and remove the residual methanol by evaporation.

CH3ONa has the following properties:

Sodium methoxide is the most used methoxide. It has the following uses:

The properties of magnesium methoxide are as follows:

Read on to know about the various uses of Magnesium methoxide

It is yet another methoxide with the chemical formula KCH3O. It is also known as the potassium salt.

Potassium methoxide is a compound having the following properties:

It is a chemical compound having the molecular formula of Ca(OCH3)2. it is also known as calcium salt.

The properties of calcium methoxide are as follows:

This is not a very widely used chemical compound. But it does have its uses at industries.

The properties of lithium methoxide are as stated below: