Alcohol is an organic compound that has a hydroxyl (-OH) group in its molecular structure. Each alcohol has an alpha-carbon to which the OH group is attached. Alcohol can be classified into three types depending upon the number of alkyl or aryl groups to which this alpha-carbon is bonded. They are called primary, secondary, and tertiary alcohols. The three different types of alcohol can be distinguished using the following principle [1-3].

In the case of a secondary alcohol, two carbon atoms are bonded to the alpha-carbon. Example – 2 – propanol and 2 – butanol.

In the case of tertiary alcohol, three carbon atoms are bonded to the alpha-carbon. Example –tert-butyl alcohol. 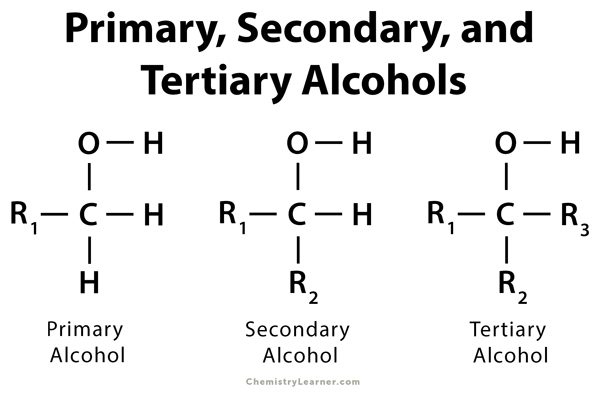 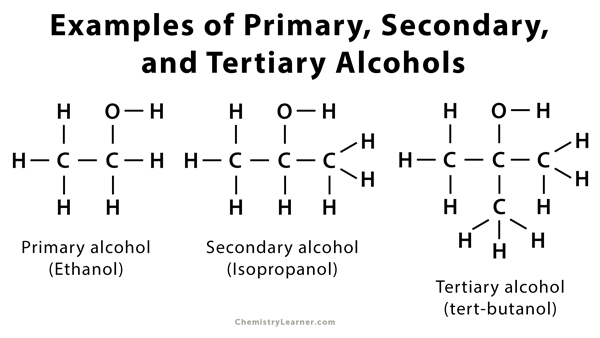 There are many general methods of preparation of alcohol. These include [4-8]: 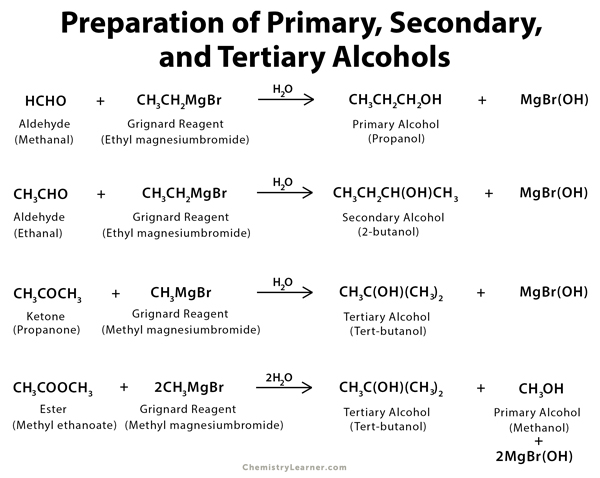 Lucas test is used to distinguish between primary, secondary, and tertiary alcohols. In this test, the reactivity of alcohols with Lucas reagent is tested, thus giving separate results for each type of alcohol.

Uses and Applications of Alcohols [9]

One response to “Primary, Secondary, and Tertiary Alcohols”