Technetium-99m is a nuclear isomer of Technetium 99. It is a radioactive substance that radiates “Gamma Rays”.

It is symbolized as 99mTc. The metastable state of the nuclear isomer is indicated by the “m”. This state is created by exciting the nucleons (neutrons or protons) of an atomic nucleus.

This nuclear isomer is radioactive and it radiates “Gamma Rays” (γ).

It has a considerably long half-life considering the fact that it emits gamma-ray. Usually, the half-life of radioisotopes undergoing gamma decay is too short.

Technetium 99m is not a natural but an artificially produced substance. It is the product of Molybdenum 99 (99Mo) caused by radioactive decay (decay-product). To produce this nuclear isomer, Molybdenum 98(98Mo) is first bombarded with a neutron. This produces 99M that has a half-life of 66 hours. The 99M decays to produce metastable Technetium (Tc) or 99mTc. Producing Technetium 99m in this process is allowed only for medical purposes. 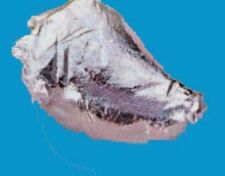 Technetium 99m Generator is the name for the device used to produce metastable Technetium. With the help of this generator, 99mTc is extracted from decaying Molybdenum 99. 99Mo has a long half-life of 66 hours. So, the generator and the 99Mo can easily be carried away to the place where the decay product 99mTc is required.

Here are some basic properties of this nuclear isomer:

The atomic number of Technetium 99m is 43.

The atomic weight of this substance is 99.

It is a radioactive metal which is silver-grey in color.

99mTc is soluble in Nitric Acid, Aqua Regia and concentrated Sulfuric Acid. It is insoluble in Hydrochloric Acid.

Radioactive isotopes are used in Nuclear Medicine. The radioactive decay of the isotopes is relied upon to diagnose and treat the patient. The function of this branch of medicine depends on the concept that the body reacts to substances differently when there is a disease present.

As 99mTc has a much longer half life than other gamma ray radiating isotopes, it is very useful in the field of nuclear medicine.

It is widely used to scan fractures and other problems of bones. Ligand Methylene-Diphosphonate (MDP) is a substance that is easily taken up by the bones. So, Technetium 99m is chemically attached to it to be easily transported to the bones via hydroxyapatite for imaging. In this way, the diagnosis of the bones can be easily done.

It is the name of a radiopharmaceutical substance. It is used in nuclear medicine. The MAA is an injectable substance.

The names of the principal medicines of 99mTc are:

It is used as a medical tracer in radioactive isotope medical tests. 99mTc is used in the treatment of the following diseases:

Some of the main benefits of using this radioactive substance are mentioned bellow:

It is one of the most useful radioactive isomers and is widely used in nuclear medicine. It can only be produced artificially for medicinal purposes. Technetium 99m has great contribution in the advancement of nuclear medicine.