Ammonium fluoride is a crystalline, noncombustible inorganic compound represented by the chemical formula NH4F or FH4N [1, 2]. It is a fluoride salt with ammonium as the counterion and is corrosive to cement, glass, and most metals, including aluminum [1, 2]. 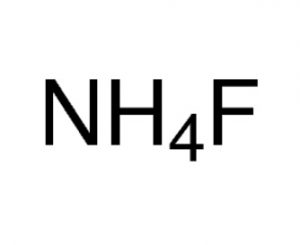 How is Ammonium Fluoride Prepared

It is synthesized by the addition of ammonia gas to cold hydrofluoric acid at a temperature of about 10 °C represented by the reaction [4]:

It can be prepared by using silicon tetrafluoride gas (SiF4) and high purity ammonia (NH3) as reactants, which is given in the following equations [4]:

Reactions with Other Compounds

When NH4F reacts with water, it produces hydrofluoric acid and ammonium hydroxide, as represented by the following equation [2]:

When ammonium fluoride and iodine are used as reactants, they undergo a single displacement reaction to form ammonium iodide and fluorine: 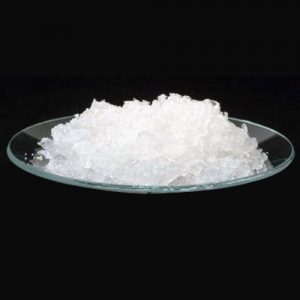 Properties and Characteristics of Ammonium Fluoride 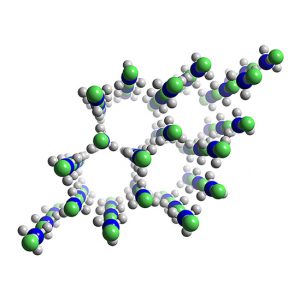 NH4F causes acute toxicity when it is swallowed, inhaled, or comes in contact with skin [1]. Its inhalation may result in irritation of the respiratory tract and ingestion of small quantities of soluble fluorides can also be fatal [1]. Its contact with skin causes burns, and exposure through eye contact can irritate the mucous membrane [1].