Copper ii sulfide or cupric sulfide represented by the chemical formula CuS that bears the IUPAC name sulfanylidenecopper [1] is a black powder or lumps that is soluble in nitric acid but insoluble in water [3]. It occurs as the mineral covellite and is an ionic compound [3, 4]. It is stable in air when it is dry but gets oxidized to copper sulfate by moisture in the air [1]. 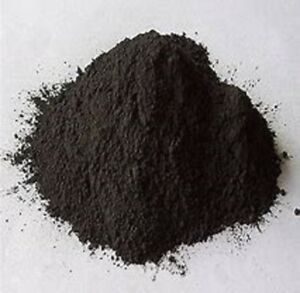 Copper ii sulfide can be prepared by a reaction between molten sulfur and copper that is later followed by boiling in sodium hydroxide [1]. 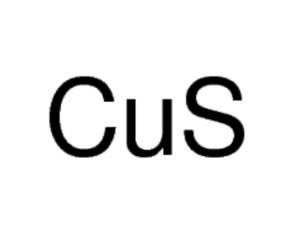 Properties and Characteristics of Copper 2 Sulfide 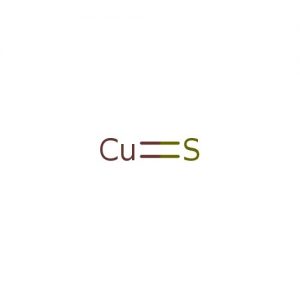 Prominent Reactions of CuS

Copper ii sulfide reacts with oxygen at a temperature of 300-500°C to form copper oxide and sulfur dioxide [7].

Cupric sulfide is toxic if ingested. Contact with eyes and skin and inhalation should be avoided since it may cause irritation. It has a long lasting harmful effect on aquatic life [1, 3, 5]. Under fire conditions, it decomposes to produce hazardous copper oxides and sulfur oxides [8].