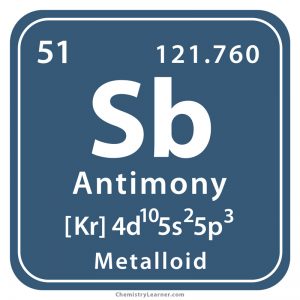 Where is Antimony Found

Antimony occurs naturally in trace amounts in more than 100 types of mineral ores, mainly from antimony (III) sulfide (stibnite) [1, 5]. It is commercially obtained by roasting antimony trisulfide to form antimony oxide and then reducing it with carbon [1]. Antimony is also found in its native form [1]. China, Bolivia, and Tajikistan are the top 3 producers while China, Russia, and Bolivia have the largest antimony reserves in the world [1].

Origin of its Name: The name is derived from ‘anti-monos’, a Greek word that means “opposed to solitude” or “against solitude” [1, 6].

Who discovered it: Since a 5000-year-old vase made of pure antimony is shown in the Louvre museum, the element was probably found by the ancient people thousands of years ago [1].

The early use of antimony sulfide (Sb2S3) has been recorded in an Egyptian papyrus dating back to 1600 BC [1]. Its mineral ore, stibnite, was commonly used in its black form as mascara by the ancient people notably by the temptress Jezebel [1].

Lead antimonate, a yellowish pigment was used by the Chaldean craftsmen during 600-500 BC [1]. It was used in the thin coating of ornamental bricks found at Babylon made during the reign of Nebuchadnezzar from 604 to 561 BC [1].

In the Medieval times, it was widely used for hardening lead while some were taken as a laxative [1]. 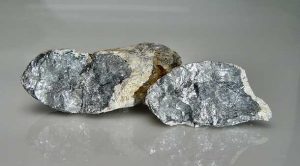 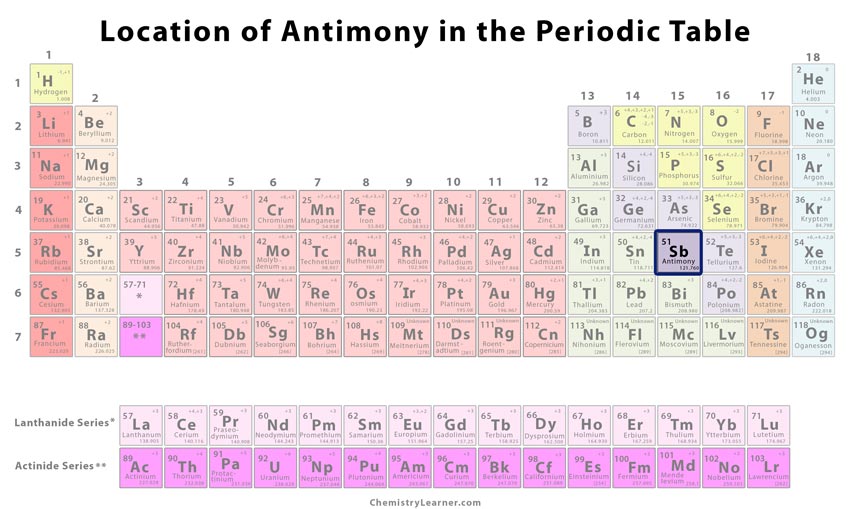 Location of Antimony in the Periodic Table

Properties and Characteristics of Antimony 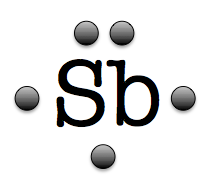 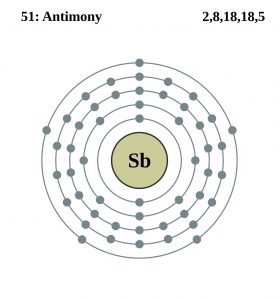 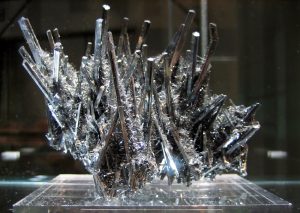 It occurs either during the treatment of parasitic diseases, including schistosomiasis and leishmaniasis or because of occupational exposure [12]. Also, antimony trioxide is considered to be carcinogenic to humans [12]. Exposure to antimony compounds like antimony trisulfide, antimony tribromide, antimony pentasulfide, etc. may cause respiratory, gastrointestinal, cardiovascular, reproductive, and dermal effects [12].

One response to “Antimony”