Chromium (pronunciation: KROH-mee-em) is a brittle, lustrous, silvery element belonging to the group of transition metals in the periodic table, and it is represented by the chemical symbol Cr [1, 2, 3]. It is highly valued for its hardness and corrosion resistance [4]. 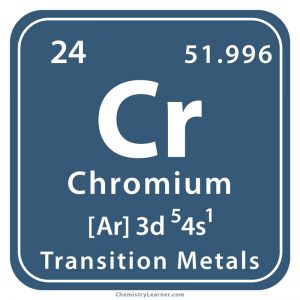 There are four naturally-occurring, stable isotopes of Chromium, including Chromium-50, Chromium-52, Chromium-53, and Chromium-54 out of which the most abundant being Chromium-52 with a natural abundance of 83.789% [5]. It has 24 radioactive isotopes, with Chromium-51 being the most stable radioisotope [5].

Where is Chromium Found 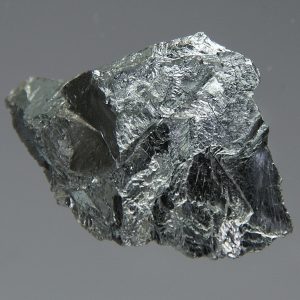 Origin of its Name: The element is named after the Greek word ‘chroma’, which means “color” [1].

Who discovered it: The French chemist and pharmacist Louis Nicolas Vauquelin is known for the discovery of chromium [1].

Louis Nicolas Vauquelin, being captivated by the red mineral (Siberian red lead) found in a gold mine in Siberia in 1766, started experimenting with it to confirm that it was a mineral containing lead [1]. In 1798, he dissolved the mineral in hydrochloric acid to create a mixture, precipitated lead to filter it off, and then successfully isolating chromium from the remaining filtrate [1]. Since the new element could produce a wide range of colors in solution, he called it chromium after the Greek ‘chroma’ [1, 3]. He also found that the green color of emeralds was due to the presence of chromium [1]. 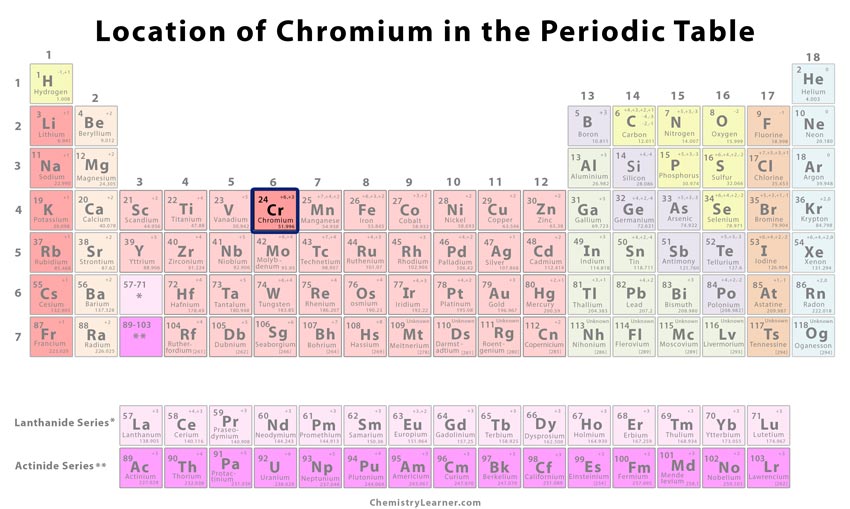 Where is Chromium Found on the Periodic Table

Properties and Characteristics of Chromium 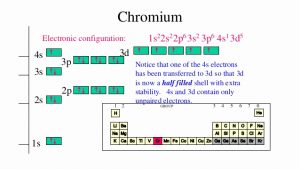 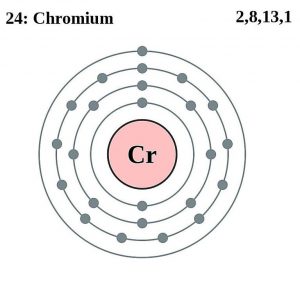 What is Chromium Used for

Its Toxicity and Effects on the Body

Although chromium is found in trace amounts in the human body and it helps us in utilizing glucose, it can be poisonous when inhaled or ingested in excess (more than 1 mg a day) [1]. Accidental or occupational exposure to chromium compounds (especially hexavalent chromium compounds) can cause irritation and obstruction of the airways, nasal, lung, or sinus cancer, skin allergies, renal tubular damage, liver abnormalities, and cardiovascular collapse [13].