Cobalt (pronunciation: KO-bolt) is a hard, lustrous silvery-blue element belonging to the group of transition metals, and it is represented by the chemical symbol Co [1, 2, 3]. It is chemically active and can form many compounds [4]. It is a ferromagnetic metal that can be magnetized and is alloyed with nickel and aluminum to produce powerful magnets [1, 4]. 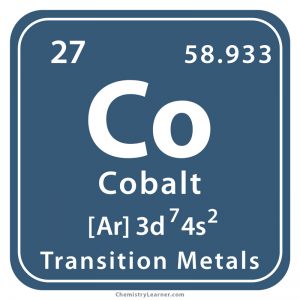 Where is Cobalt Found

Cobalt naturally occurs in combination with other elements in the mineral ores like cobaltite (a sulfide containing cobalt, arsenic, iron, and nickel), erythrite (hydrated cobalt arsenate), and skutterudite (cobalt arsenate) [1]. It is generally obtained as a byproduct of copper and nickel mining [1, 4].

The manganese nodules found on the ocean floors are huge reserves of transition metals, containing tons of cobalt [1]. The top 3 cobalt reserve holding countries are the Democratic Republic of Congo (DRC), Australia, and Cuba while the top 3 producers include DRC, China, and Zambia [1]. 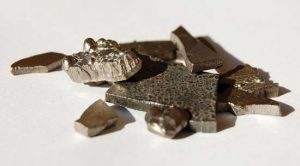 Origin of its Name: The name is derived from ‘kobald’, German for “goblin” and from ‘cobalos’, a Greek word meaning “mine” [1, 2].

Who discovered it: The element was found by the Swedish chemist and mineralogist Georg Brandt [1].

The tomb of Tutankhamen, the ancient Egyptian Pharaoh who ruled during 1361-1352 BC, had a deep blue glass object that was made of cobalt [1]. In China, cobalt blue was used for making pottery glazes [1].

Aside from its ancient origins, its discovery in the recent times dates back to the 1730s when Georg Brandt was interested in a blue ore from some of the local mines [1]. Finally, he succeeded in proving that the blue ore contained a new metal [1]. He described its properties and published the results in 1739 [1, 3].

His discovery was controversial, as other chemists disputed his findings for many years [1]. However, his fellow Swedish chemist Torbern Bergman conducted further studies and confirmed Georg Brandt’s discovery in 1780 [1, 3]. 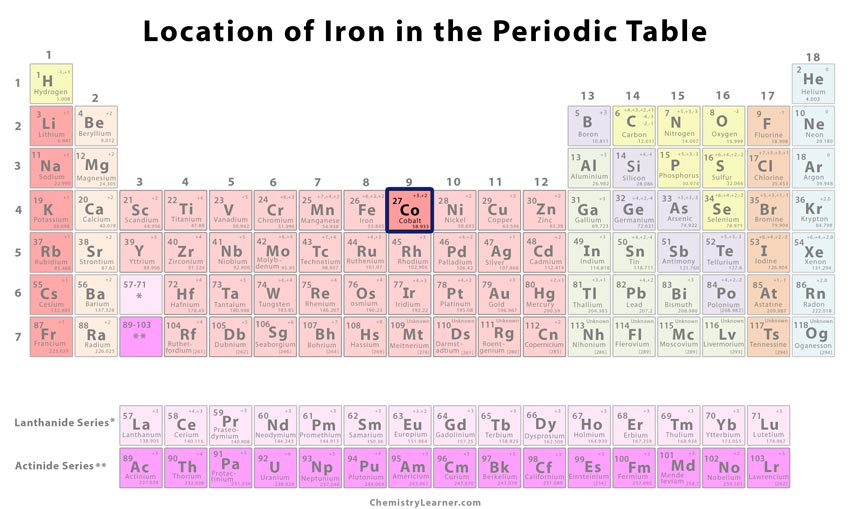 Where is Cobalt Located on the Periodic Table

Properties and Characteristics of Cobalt 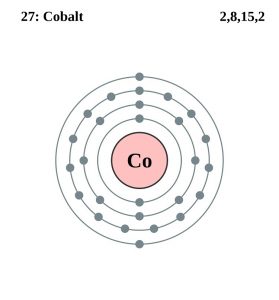 What is Cobalt Used for

Cobalt poisoning can take place when you accidentally ingest, breathe, or have it in contact with the skin in large amounts [12]. In large quantities, cobalt can be carcinogenic in humans and some animals [1].

It is found in trace amounts in humans and is an essential component of vitamin B12 [1]. Small doses of cobalt are also given to some animals to prevent mineral deficiencies in them [1]. 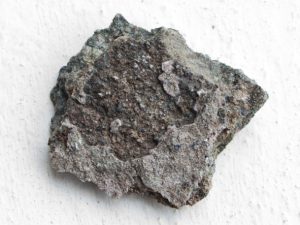