Germanium (pronunciation: jer-MAY-ni-em) is a shiny, silvery element classified as a metalloid and represented by the chemical symbol Ge [1, 2]. As a relatively inactive element, germanium does not react with oxygen at 20°C and is insoluble in water but its compound, germanium dioxide, is slightly soluble in water [3]. 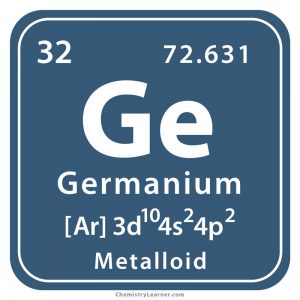 Where is Germanium Found

Germanium rarely occurs as pure ore compounds and is found in small amounts in minerals like argyrodite and germanite [1]. While it can also be obtained from zinc ores, flue dust from zinc smelting is a commercial source of germanium [1]. Moreover, it can be recovered from coal combustion by-products [1].

The top 3 germanium producing countries include China, Russia, and Germany [1]. 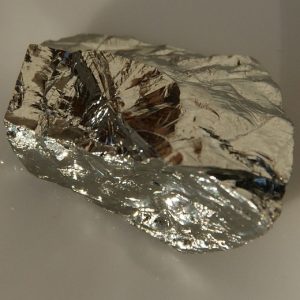 Origin of its Name: It is named after ‘Germania’, the Latin word for Germany [1].

Who discovered it: The German chemist Clemens A. Winkler is known to be the discoverer of germanium [1].

In September 1885, an unusual mineral ore was found by a miner who was working in the Himmelsfürst mine in the Freiberg district of Germany [1]. He passed it to Albin Weisbach, the German mineralogist who confirmed it was a new mineral, which we now know as Argyrodite (Ag8GeS6) [1].  His colleague Clemens Winkler analyzed the new mineral and found that it consisted of 18% sulfur, 75% silver, while the remaining 7% could not be explained [1, 5]. By February 1886, Winkler realized that it was a new element and named it germanium, the properties of which were earlier predicted by the Russian chemist Dmitri Mendeleev [1, 5]. 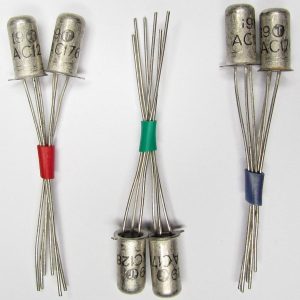 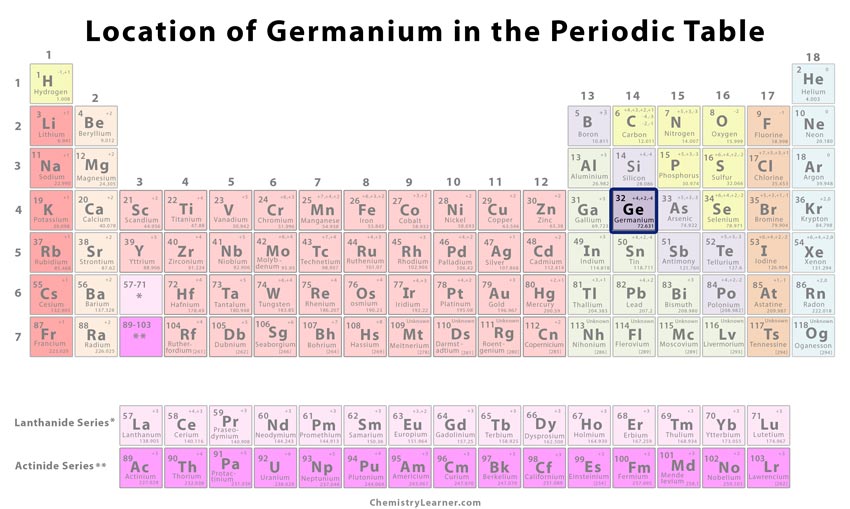 Location of Germanium in the Periodic Table

Properties and Characteristics of Germanium 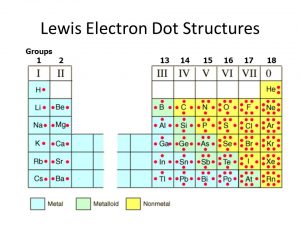 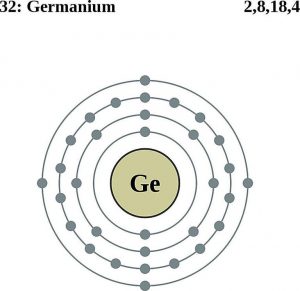 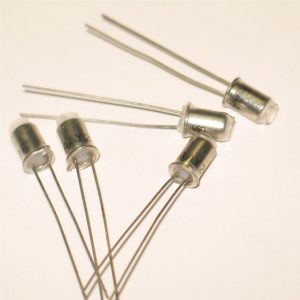 The element 32 is considered non-toxic [1]. Although some of its compounds are slightly toxic in mammals, they are known for their anti-bacterial properties for which researchers are now looking into their probable use in medications [1]. 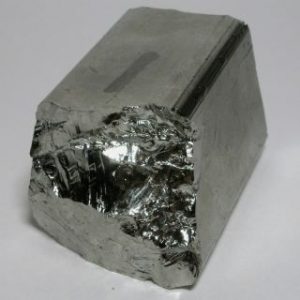