Nitrogen (pronounced as Nye-treh-gen) is a chemical element, existing in the form of a colorless diatomic gas. Denoted by the chemical symbol N, it belongs to the family of nonmetals. It is the fifth most abundant element in the earth’s crust, represented by the molecular formula N2 [1, 2]. There are 12 isotopes of nitrogen with masses ranging from 11 to 19 of which only N-14 and N-15 occur naturally [3]. 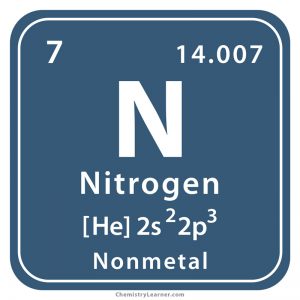 Where is Nitrogen Found

In the earth’s atmosphere, it constitutes about 78% of the air that is estimated to be around 4000 trillion tons. It is extracted from the liquefied air through fractional distillation [1, 2].

Origin of its Name: It is derived from the Greek words ‘nitron’ and ‘genes’ that mean nitre forming. [1].

Who Discovered it: Daniel Rutherford [1]

It was first obtained during the 1760s by two English scientists Henry Cavendish and Joseph Priestley while attempting to separate oxygen from the air. However, they were unable to confirm the presence of a new gaseous element in the atmosphere. It was only in September 1772 at Edinburgh, Scotland when Rutherford named it nitrogen after a thorough analysis [1]. 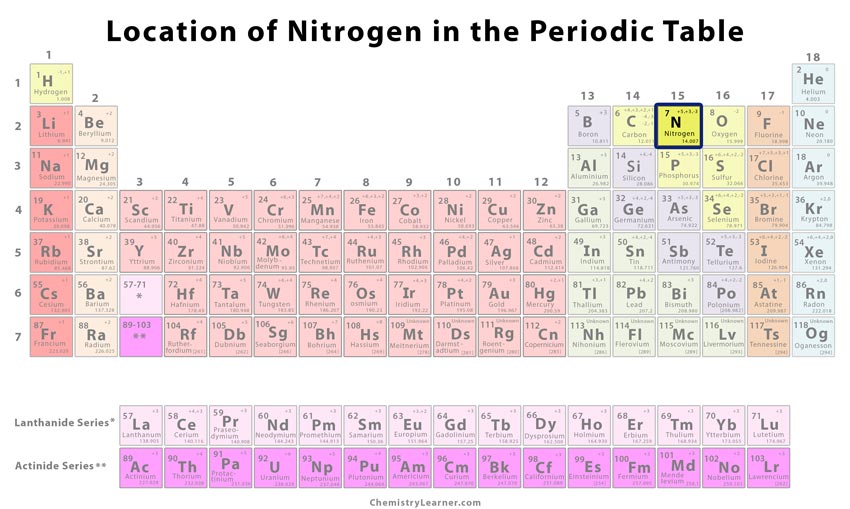 Location of Nitrogen on the Periodic Table

Classification, Properties, and Characteristics of Nitrogen 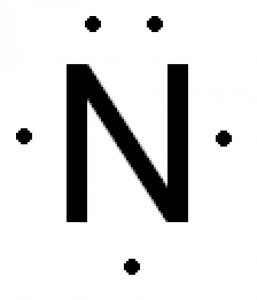 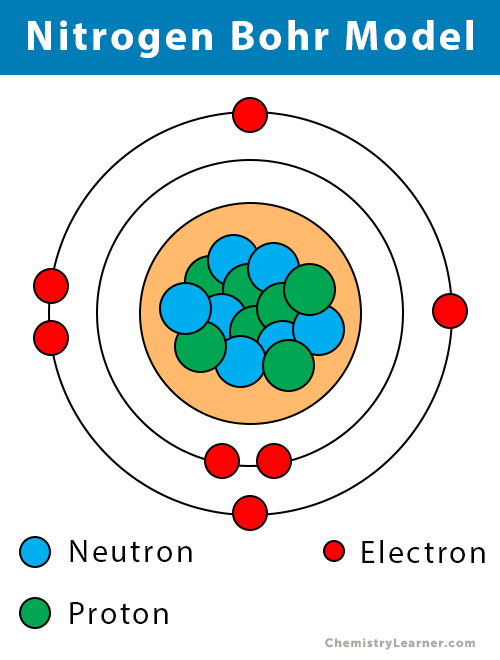 What are the Common Uses of Nitrogen

Is the Element Toxic

Inhalation of high levels of N2 may lead to suffocation, weakness, and unconsciousness [4]. Deep-sea divers are prone to a condition called narcosis marked by symptoms like hallucination, disorientation, loss of concentration, and short-term memory loss as a result of increased nitrogen pressure in the blood [11]. If the liquid form of the nonmetal comes in contact with the skin and eyes, it may cause some dangerous effects like frostbite, pain, and burns [4]. 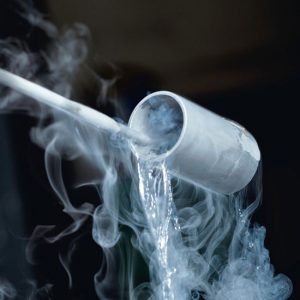 Since it is sold as cylinders, a standard 50-liter one would cost you around $150 while the price of liquid nitrogen varies somewhere between $0.50 and $0.60 per gallon.