Osmium (pronounced as OZ-mee-em) belongs to the family of transition metals and denoted by the chemical symbol Os. It has thirty-four isotopes out of which seven occur naturally with osmium-92 having an abundance of 40.78% in the earth’s crust [1, 3]. It is also available in the form of powder, bars, balls, and coins for several commercial purposes. 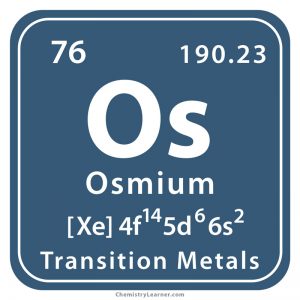 Where is Osmium Found

The element is found in iridomine and platinum-bearing sands of America and Urals. It is also obtained as a by-product from nickel ores [1, 4]. 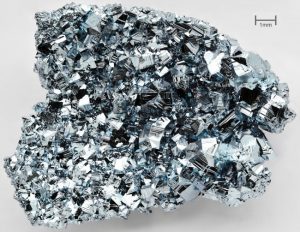 Origin of its Name: Its name is derived from the Greek word ‘osme’ which means ‘smell’.

When and Where was it Discovered: In 1803, the English chemist Smithson Tennant first synthesized osmium.

How was Osmium Discovered

In 1803, when Tennant added platinum to a mixture of nitric and hydrochloric acids called aqua regia, he noticed that a major portion of the metal failed to dissolve in the solution. Although many researchers assumed the residue contained graphite earlier, he conducted a further analysis to find out. After a series of treatments with acids and alkalis, he was successful in isolating two different elements, and named them iridium and osmium, respectively [1].

Position of the Element on the Periodic Table [1] 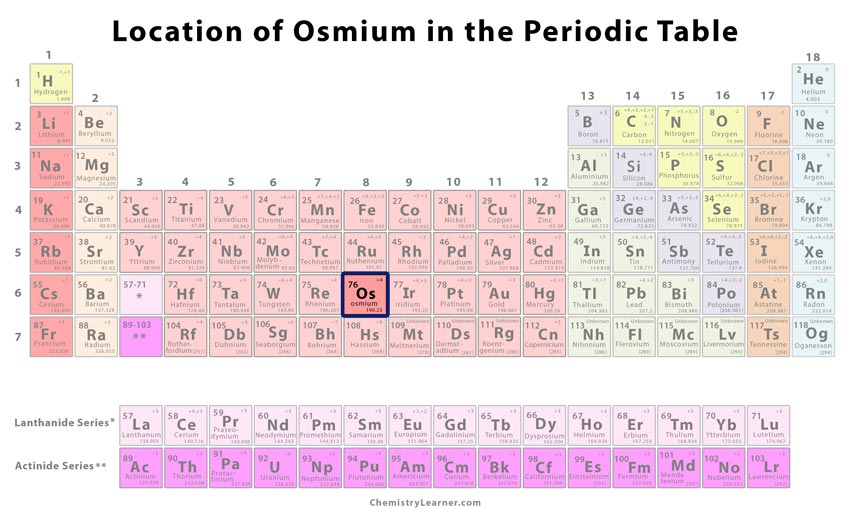 Location of Osmium in the Periodic Table

Properties and Characteristics of Osmium [1, 2, 3] 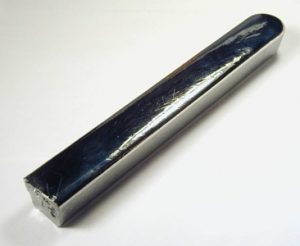 What is Osmium Used for

Dangers and Health Hazards of Osmium

The pure metal does not pose any harmful effects unless exposed to air as it undergoes reaction to form osmium tetraoxide, a poisonous and highly reactive compound, causing lung congestion, skin irritation, and eye problems[6, 7]. 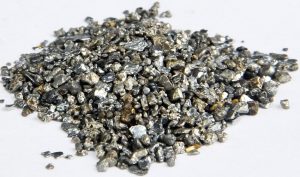 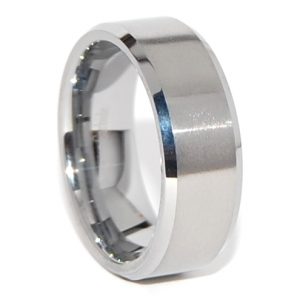 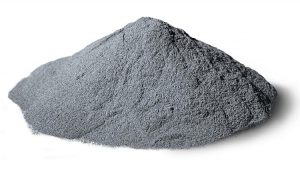 One response to “Osmium”