Oxygen (pronunciation: OK-si-jen) is a colorless element that belongs to the group of Chalcogens in the periodic table, and it is represented by the chemical symbol O [1, 2, 3]. A highly reactive non-metal, it can easily form oxides with most of the other elements and their compounds [3]. At room temperature, it is an odorless, tasteless diatomic gas characterized by the formula O2 [3]. 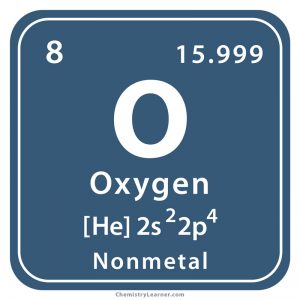 Where is Oxygen Found

Oxygen gas is commercially extracted by fractional distillation of liquefied air [1]. It can also be obtained by passing dry air through zeolite, a microporous mineral that can absorb nitrogen but leave oxygen [1]. Passing the air through a selectively permeable ceramic membrane can produce highly pure oxygen [1].

It can artificially be produced in the laboratory by using manganese (IV) oxide as a catalyst to decompose aqueous hydrogen peroxide or by electrolytic decomposition of water [1]. Oxygen is also formed when potassium chlorate (KClO3) is heated strongly [2]. 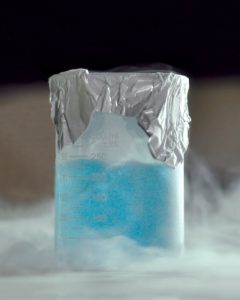 Who discovered it: The English chemist Joseph Priestly and the German-Swedish chemist Carl Wilhelm Scheele are known for their independent discovery of oxygen [1, 2].

Although several chemists had produced oxygen before its discovery, they all failed to identify it and describe its properties [2]. In 1608, the Dutch engineer Cornelius Drebbel showed that heating potassium nitrate (saltpeter) released a gas, which we now know was oxygen [1].

The credit for the discovery of oxygen can be given to three chemists – Joseph Priestley, Carl Wilhelm Scheele, and Antoine Lavoisier [1]. Having produced oxygen in 1774 in Wiltshire, England by heating mercuric oxide and collecting the gas that was released, Priestley published an account of his discovery [1]. He observed that the gas made breathing easier and caused a candle to burn more brightly [1].

Although Carl Wilhelm Scheele had successfully obtained oxygen in 1771 in Uppsala, Sweden, his written account got published in 1777 much later than that of Priestley [1]. The French chemist Antoine Lavoisier is known for proposing the name oxy-gene because he incorrectly believed that the new gas was essential to the formation of all acids [2]. 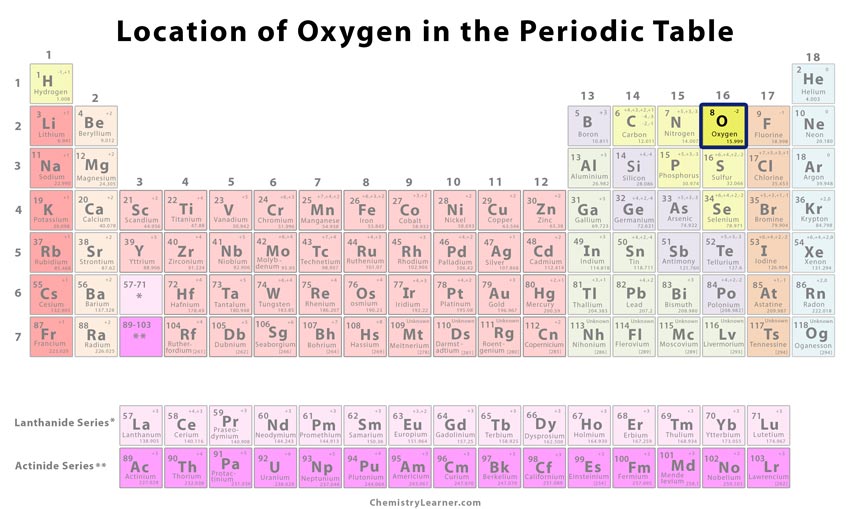 Location of Oxygen on the Periodic Table

Properties and Characteristics of Oxygen 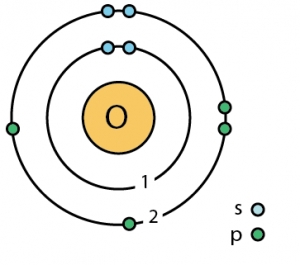 Photosynthesis uses solar energy to divide water molecules into hydrogen and oxygen, from which the oxygen accumulates into the atmosphere while hydrogen along with carbon dioxide produces biomass [1].

Life on Earth now depends on oxygen because all living things need it for respiration and producing energy [1]. Since gaseous oxygen is soluble in water, aerobic bacteria can survive in lakes, rivers, and oceans [1].