Platinum (pronunciation PLAT-en-em [2]), represented by the chemical symbol or formula Pt [1], is a soft, heavy, malleable, ductile and extremely rare element belonging to the family of transition metals [3, 11]. Naturally occurring Pt is a mixture of 6 isotopes with mass numbers 190, 192, 194-196 and 198 [1, 3]. Besides that, it has 35 synthetic isotopes with known half-lives [3]. It is chemically inert and at any temperature, doesn’t oxidize in air. Though it’s resistant to acids it dissolves readily in aqua regia. It reacts with bases and halogens [4]. 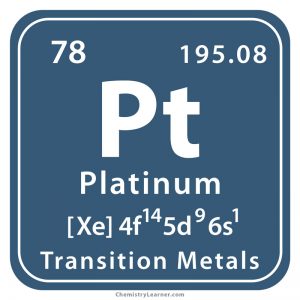 Platinum is found in the uncombined state in alluvial deposits. Commercial platinum is mainly sourced from the mineral cooperite (platinum sulfide) in South Africa. Some platinum is also obtained as a by-product of nickel and copper refining [1]. 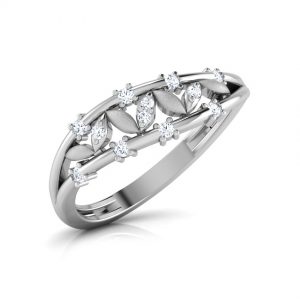 Origin of Its Name: Its name is derived from the Spanish “platina” meaning little silver [1].

When Was It Discovered: It was known to native South Americans before Columbus and was taken to Europe around 1750 [1]. 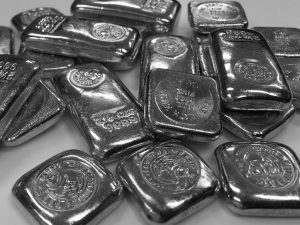 In 1557, Julius Scaliger, an Italian scholar, wrote of a metal from Spanish central America that could not be melted. In 1735, Spanish scientist Antonio Ulloa found this curious metal and was returning to Europe with it but his ship was captured and brought to London by the Royal Navy. The members of the Royal Society were interested in the new metal and that is how platinum came to be reported and discussed throughout Europe [1]. 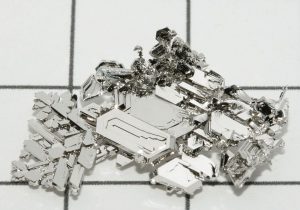 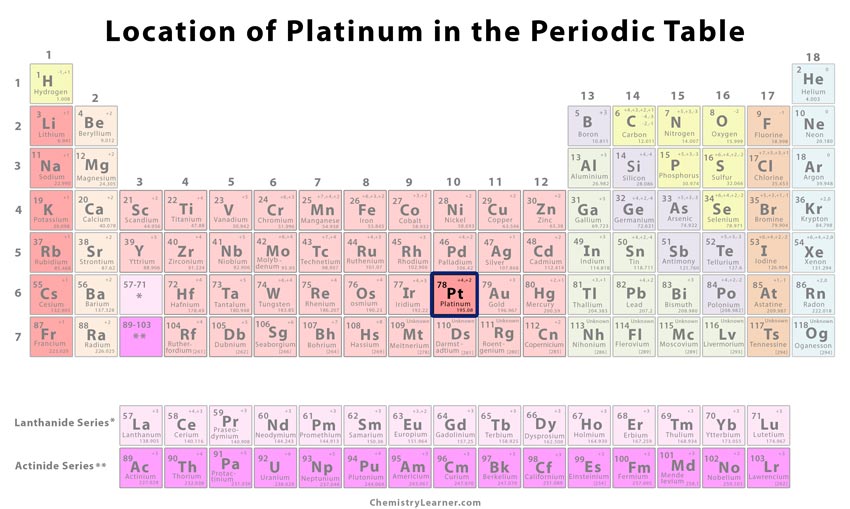 Where is Platinum Found on the Periodic Table

Properties and Characteristics of Platinum 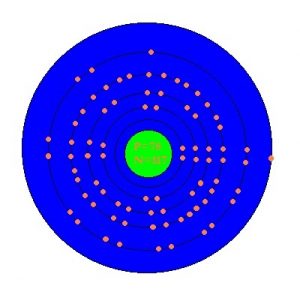 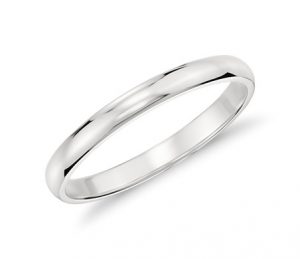 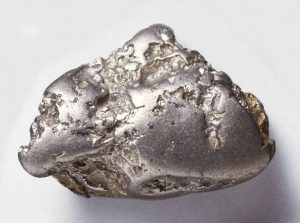