Xenon (pronunciation: ZEE-non) is a colorless, odorless, highly unreactive element classified as a noble gas and represented by the chemical symbol Xe [1, 2]. It is denser and heavier than most of the other noble gases and can be synthesized into xenon hexafluoroplatinate, the first noble gas compound [3]. Despite being inert, it can be used to produce other compounds like xenon tetrafluoride (XeF4), xenon difluoride (XeF2), xenon hexafluoride (XeF6), xenon trioxide (XeO3), perxenate (H4XeO6), xenon dichloride (XeCl2), and xenon hydrate [4]. 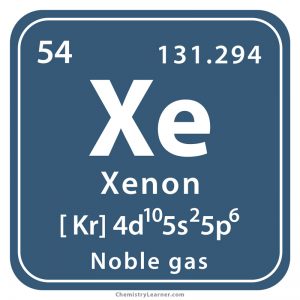 Where is Xenon Found

It is found in the Earth’s atmosphere in trace amounts, at about 0.086 parts in one million by volume [1]. Down on the surface, it can be obtained from some mineral springs that emit gases [1, 4]. It can be commercially extracted from liquid air, which is ordinary air liquefied by compression when cooled to extremely low temperatures [1]. 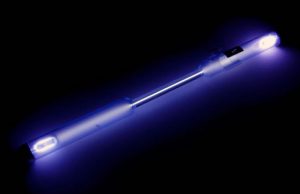 Origin of its Name: The element’s name is derived from ‘xenos’, the Greek word for stranger [1].

In July 1898, Morris Travers and William Ramsay while working on liquid air at the University College London, discovered xenon [1]. Since they had already isolated other noble gases from the liquid air, they thought that it would contain other gases [1]. A wealthy entrepreneur gave Travers and Ramsay a liquid-air machine, which they used to extract more krypton [1]. By distilling it several times, they isolated a heavier inert gas that produced a blue glow after it was carefully analyzed in a vacuum tube [1]. They understood that it was a new member of the noble gases and named it xenon.

In 1962, Neil Bartlett used it to produce a fluorine derivative, indicating that xenon was not chemically unreactive [1]. Today, more than 100 compounds of xenon have been produced [1]. 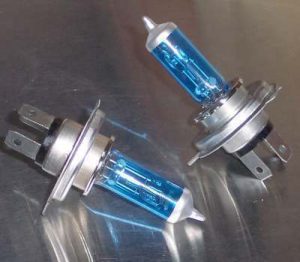 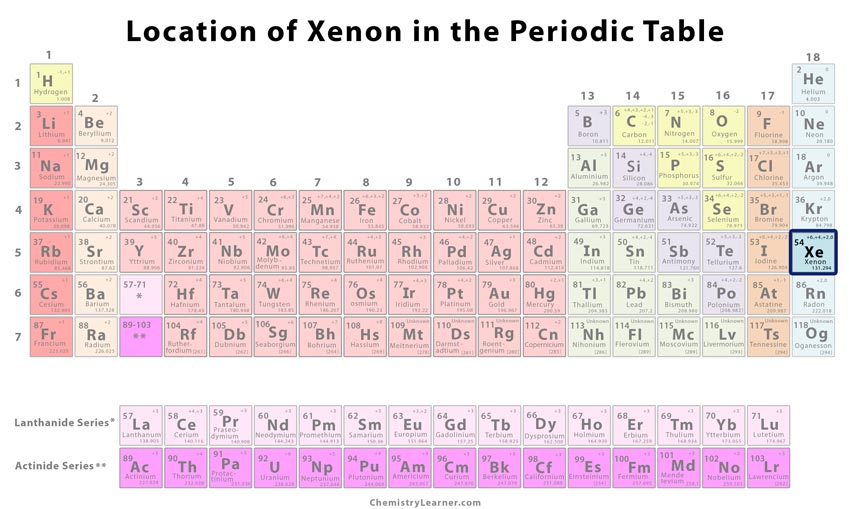 Location of Xenon on the Periodic Table

Properties and Characteristics of Xenon 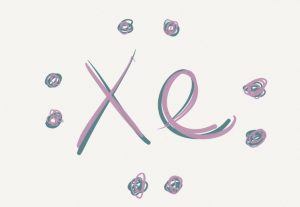 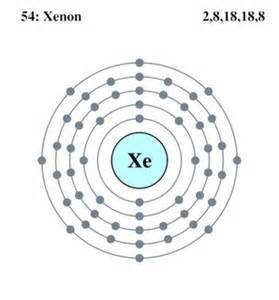 Although xenon is not a toxic element and has no biological role, its compounds are considered to be highly toxic because of their strong oxidizing nature [1, 8].