Zirconium (pronunciation: zer-KO-nee-em) is a hard, silvery-gray element that belongs to the group of transition metals and is represented by the chemical symbol Zr [1, 2, 3]. It is a malleable and ductile metallic element that can readily react with other elements to form stable compounds [2]. 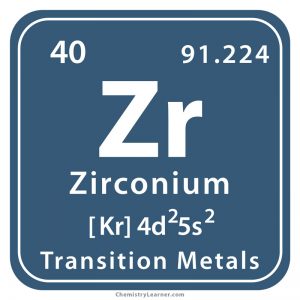 Where is Zirconium Found

Zirconium is naturally found in several mineral species, mainly in zircon (zirconium silicate or ZrSiO4) and baddeleyite (zirconium dioxide or zirconia or ZrO2) [1, 2]. The metal is commercially isolated from zircon by first converting it to zirconium chloride and then through magnesium reduction of chloride [1]. The top 3 zirconium reserve holding countries are Australia, South Africa, and Ukraine while the top 3 producers are Australia, South Africa, and China [1]. 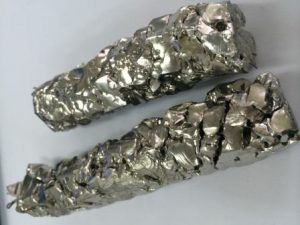 Origin of its Name: The element is named from the Arabic word ‘zargun’, which means ‘gold-colored’ [1].

Who discovered it: Zirconium was discovered by the German chemist Martin Heinrich Klaproth [1].

In the ancient times, gemstones containing zirconium were known as zircon [1]. Martin Klaproth, in 1789, investigated zircon and separated the new element in the form of baddeleyite or zirconia, the oxide of zirconium [1].

Klaproth could not successfully isolate the pure metal while Humphry Davy was also unsuccessful in splitting zirconia through electrolysis in 1808 [1, 5].  In 1824, the Swedish chemist Jöns Jacob Berzelius isolated zirconium in black, powdery form by heating potassium hexafluorozirconate with potassium [1].

However, the entirely pure form was not produced until 1925 when the Dutch chemists Jan Hendrik de Boer and Anton Eduard van Arkel decomposed zirconium tetraiodide (ZrI4) [1]. Today, the metal is manufactured in bulk through reduction of ZrI4 by magnesium [1]. 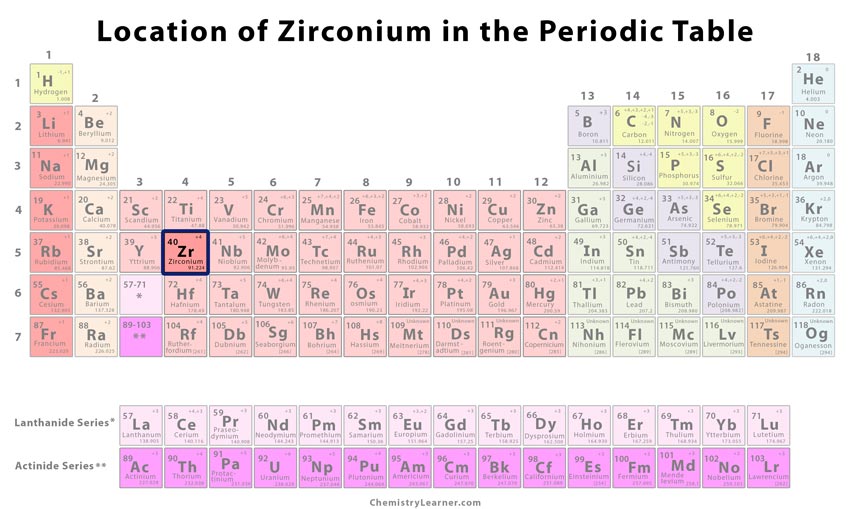 Where is Zirconium on the Periodic Table

Properties and Characteristics of Zirconium 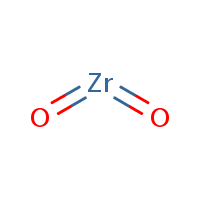 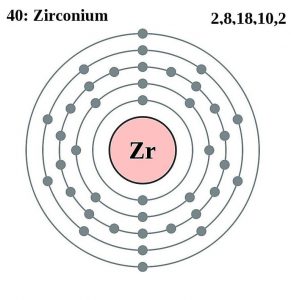 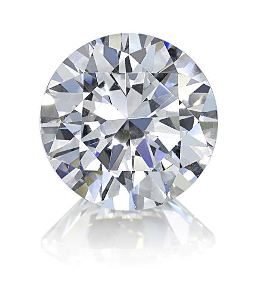 Zirconium is known to have low toxicity, and if exposed, people may experience irritation of skin and eyes [12]. If inhaled, it can cause the formation of tumors in the lungs [12]. It is not known to play any biological role [1]. 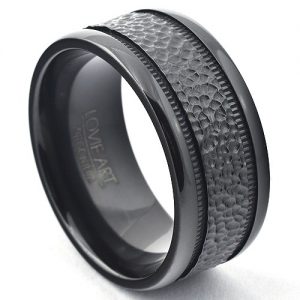