Bismuth (pronounced as BIZ-meth) is a brittle metal, existing in several allotrope forms, and denoted by the chemical symbol Bi. It belongs to the nitrogen family having 33 isotopes with mass numbers ranging from 185 to 217 of which only Bi-209 is a natural and stable one with a half-life of 1.9×109 years [1]. 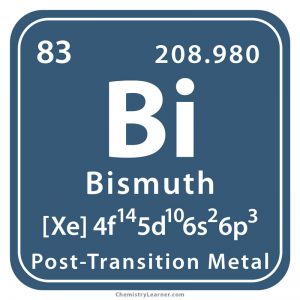 Where Can the Element be Found

A rare metal, it occurs in ores like bismite and bismuthinite as well as associated with copper, lead, silver, wolfram, gold, and silver present in several bare mineral deposits of Peru, Mexico, Japan, Canada, United States, and Bolivia [1, 4]. 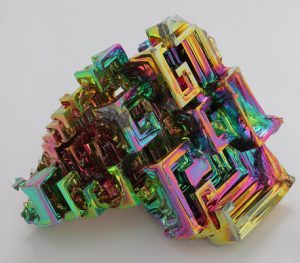 Origin of its Name: its name is derived from the German word ‘Bisemutum’ which means white mass.

Who Discovered it: An unknown alchemist

Around 1400 AD, the element was discovered by an alchemist whose name is not known. Although in the next century it was used as an alloying agent for cast types of printers and caskets, in the early 1500s Georgius Agricola, a German mineralogist, recognized it to be a metal having distinct properties. In the early 1700s, a German professor called Caspar Neuman made the same analysis. Finally, in 1753, the French chemist Claude-François Geoffroy furnished further proof stating the existence of a new metal called bismuth [1]. 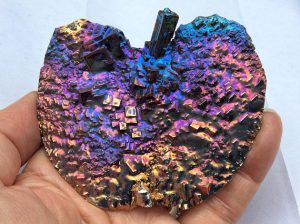 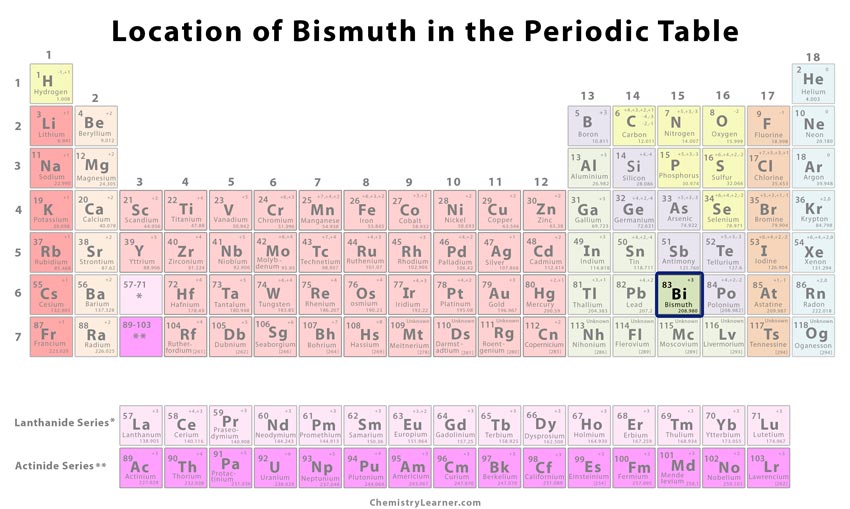 Location of Bismuth in the Periodic Table

Classification, Properties, and Characteristics of Bismuth 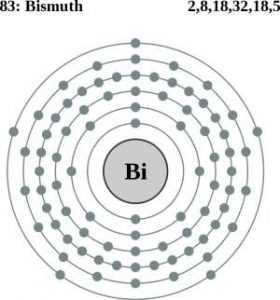 What are the Common Uses of Bismuth 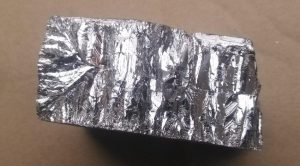 Is the Metal Toxic

Exposure to the fumes of Bi over a longer period of time can result in nausea, headache, diarrhea, and vomiting. Both the metal and its salts can damage the kidneys if accidentally ingested. is bismuth safe to handle 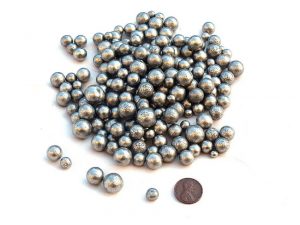 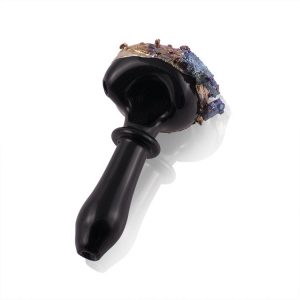 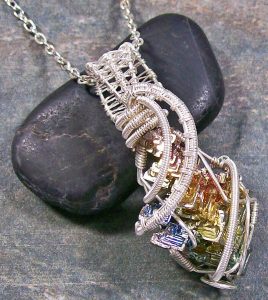