Dysprosium (pronunciation: dis-PROH-zee-em) is a silvery rare earth metal classified as a lanthanide and represented by the atomic symbol Dy [1, 2]. It is composed of seven naturally occurring isotopes, out of which 164Dy is the most naturally abundant (with 28% abundance) [1]. Moreover, 29 radioactive isotopes have been produced, the most stable one being 154Dy, characterized by a half-life of 3 million years [3]. 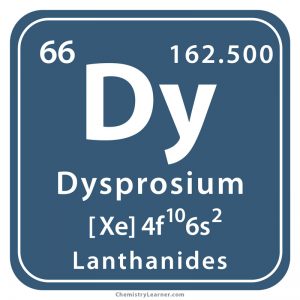 Where is Dysprosium Found

Dysprosium, like many other lanthanides, is extracted from the minerals bastnaesite and monazite, as well as from some other minerals like fergusonite and xenotime [1]. It can be obtained from these minerals through the process of solvent extraction and ion exchange [1]. It can as well be manufactured by reducing dysprosium trifluoride using calcium metal [1]. The top 3 dysprosium reserve-holding nations are China, CIS Countries, and the USA whereas the top 3 dysprosium producers include China, Russia, and Malaysia [1]. 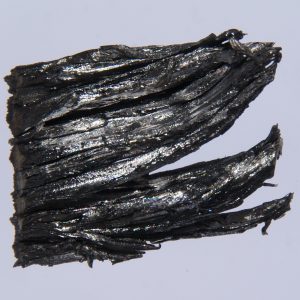 Origin of its Name: The name has been derived from the Greek word ‘dysprositos,’ which means hard to get [1].

When and How was Dysprosium Discovered

In 1886, the element dysprosium was discovered by de Boisbaudran who carried out a series of research on the compound yttrium oxide involving endless precipitations on a marble slab of the fireplace at his home in Paris [1]. The compound was first produced in 1794, and since then several lanthanoids have been extracted, including erbium in 1843, holmium in 1878, and then dysprosium [1].

In 1950, pure samples of the element were first isolated using the ion-exchange chromatography technique, which was developed by the Canadian-American chemist Frank Spedding and his co-workers at the Iowa State University [1]. Today, that separation technique has been replaced by the liquid-liquid exchange technology [1]. 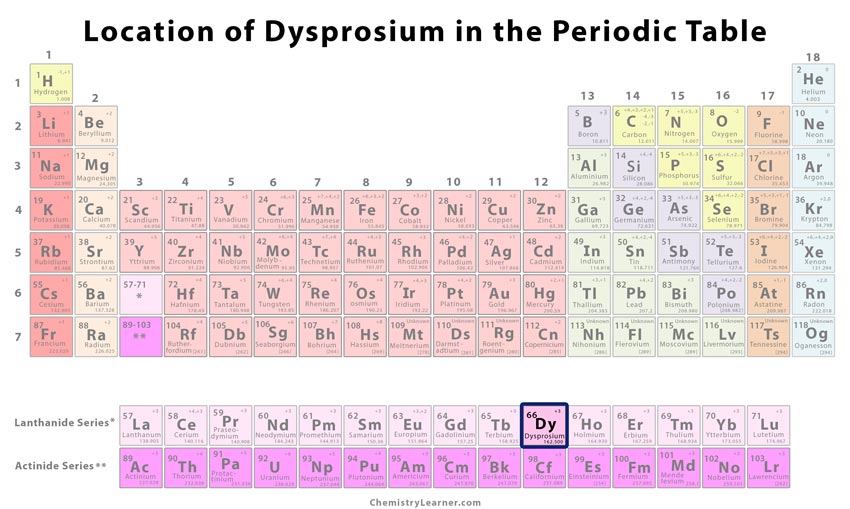 Location of Dysprosium in the Periodic Table

Properties and Characteristics of Dysprosium 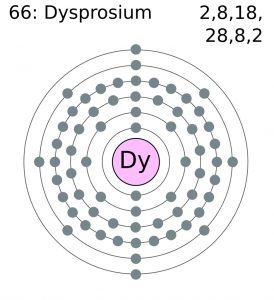 What is Dysprosium used for

Since it reacts with air and water, dysprosium does not have much use in its pure metallic form [1]. Its alloys and compounds have the following applications:

While soluble salts of dysprosium can be mildly toxic when ingested, animal studies have indicated that taking a very high amount of dysprosium (dose of 500 g) can be life-threatening for humans [8].