The element krypton (pronounced as KRIP-ton) is a noble gas belonging to the family of nonmetals. Represented by the chemical symbol Kr, it is inert in nature, not reacting with anything except fluorine [1]. 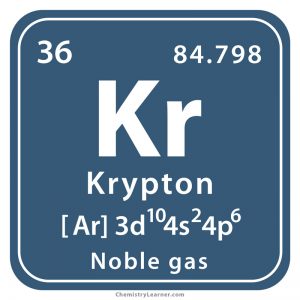 It has 33 known isotopes whose mass numbers range from 69 to 101 of which only six are naturally occurring with krypton-57 having the maximum abundance [3].

One of the rarest gases in the earth’s atmosphere, it makes up only 1 part per million by volume [1].

Origin of its Name: The element got its name from the Greek word ‘kryptos’ that means hidden [1].

Who Discovered it: Sir William Ramsay and Morris Travers [1]

When, Where, and How was Krypton Discovered

At the University College in London, Ramsay and Travers after discovering the noble gas argon were sure about the existence of a new group of elements in the periodic table. To find out the other elements present in the atmosphere, they carried out liquefaction and evaporation. Finally, on 30th May 1898, some heavier liquid elements were left behind. After extracting about 25 cm3 of a new gas, they analyzed in a spectrometer and announced its discovery [1]. 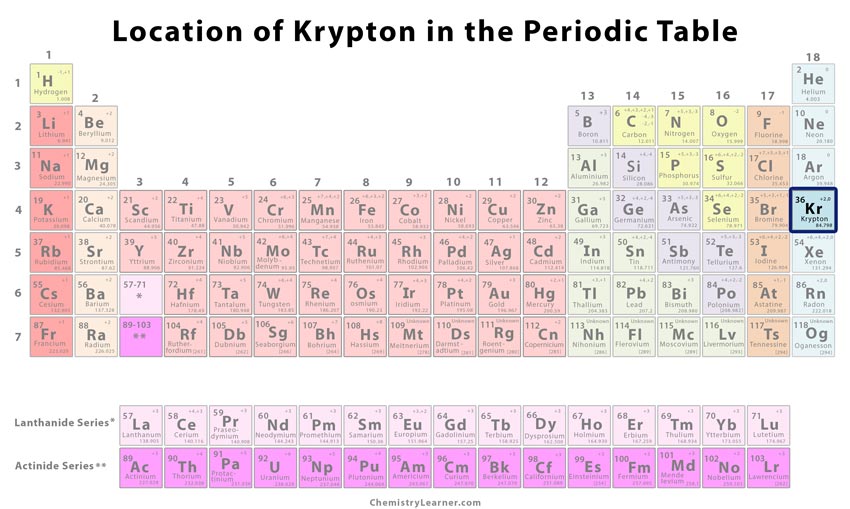 Location of Krypton on the Periodic Table

Classification, Properties and Characteristics of Krypton 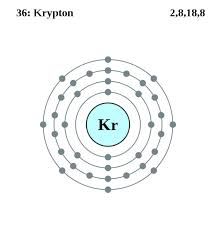 What are the Common Uses of Krypton

Does the Element Have any Dangerous Effects