Lawrencium (pronounced as lor-ENS-ee-em) is a synthetic chemical element denoted by the chemical symbol Lr, and belongs to the family of actinides. 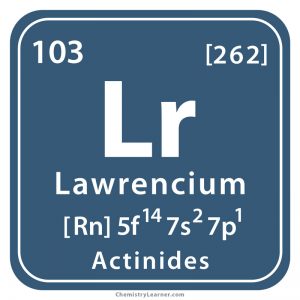 It has ten isotopes out of which the longest lived one is lawrencium-262 with a half-life of four hours that decays into nobelium-262 and mendelevium-258, through electron capture and alpha decay/spontaneous fission, respectively [1, 3].

Origin of its Name: It is named after the American Nuclear Scientist and Nobel Prize winner, Ernest O. Lawrence [1].

Who Discovered Lawrencium: Several isotopes of the element were produced at the Lawrence Berkeley Laboratory (LBL) [1]. However, Albert Ghiorso, Torbjørn Sikkeland, Almon E. Larsh and Robert M. Latimer are considered to be its discoverers [2]. 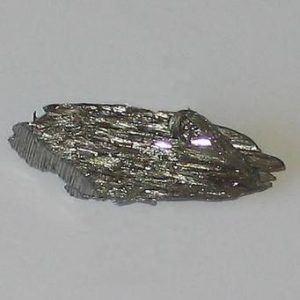 In 1958, at the LBL, a new isotope (named later as isotope-257) was obtained after bombarding curium with nitrogen. In 1960, in an attempt to produce isotope-259 of the same element, californium was bombarded with boron, but no concrete results were achieved. Again in 1961, Ghiorso and his team claimed to synthesize isotope-257 by targeting curium against boron [1, 2].

In 1965, the Joint Institute for Nuclear Research (JINR) at the Soviet Union bombarded americium with oxygen and got isotope-256, and also tried to prove the results of LBL as inaccurate. The LBL then claimed that they had actually produced isotope-258. Finally, the LBL was officially recognized as the discoverer of lawrencium by the International Unions of Pure and Applied Chemistry [1]. 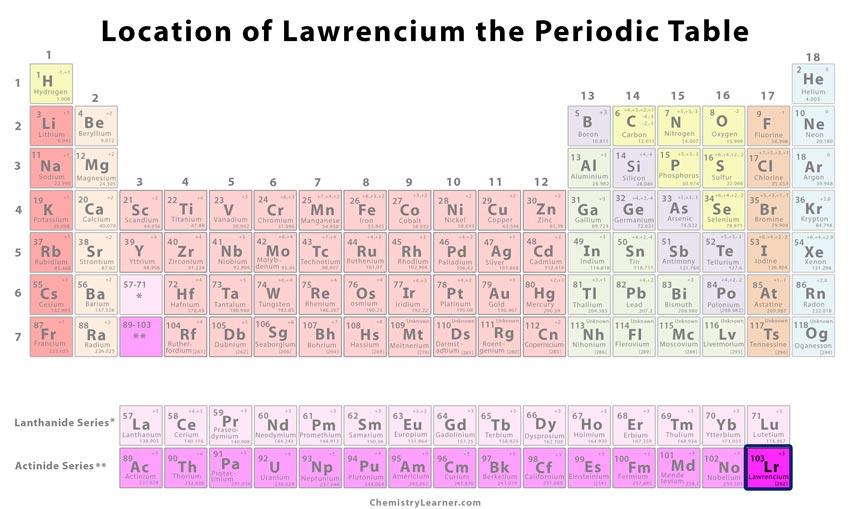 Location of Lawrencium in the Periodic Table

Properties and Characteristics of Lawrencium [1, 2, 3, 6]

The element has no large-scale applications other than basic research work as it does not occur freely in nature [1].

Toxic Effects and Hazards of Lawrencium

As the element does not exist in the earth’s crust, it does not pose any health risks. However, handling it in the laboratory could be a bit harmful since it displays radioactivity [5].

The radioactive metal is not available outside of laboratory production due to its short half-life.