Palladium (pronunciation peh-LAY-dee-em [2]), represented by the chemical symbol or formula Pd [1], is a rare, lustrous element belonging to the family of transition metals [3]. Naturally occurring Pd is a mixture of 6 stable isotopes with mass numbers 102, 104, 105, 106, 108 and 110 [1, 3]. Besides that, it has 33 synthetic, radioactive isotopes with known half-lives [3]. Heating the metal with oxygen results in the formation of its oxide. It reacts with chlorine and fluorine when it is hot. It doesn’t react with most acids under normal conditions but does so when the acids are hot [4, 5]. 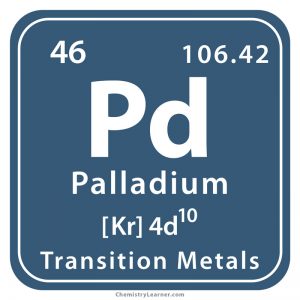 The metal can be found in its uncombined state in nature, in Brazil. Otherwise, it is mostly found in sulfide minerals like braggite [1]. 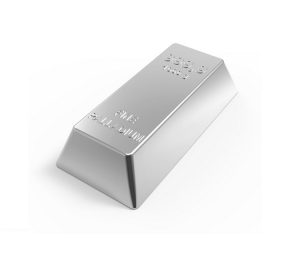 Wollaston extracted the metal from platinum in 1803. He observed that when he added ordinary platinum to aqua regia (nitric acid+hydrochloric acid), not all of it dissolved. It left behind a residue from which he eventually isolated palladium. He kept his discovery a secret and sold it as a ‘new silver’. In February 1805, he announced himself as the discoverer and gave a full and convincing account of the new element and its properties [1]. 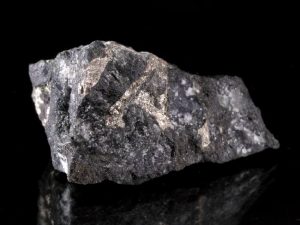 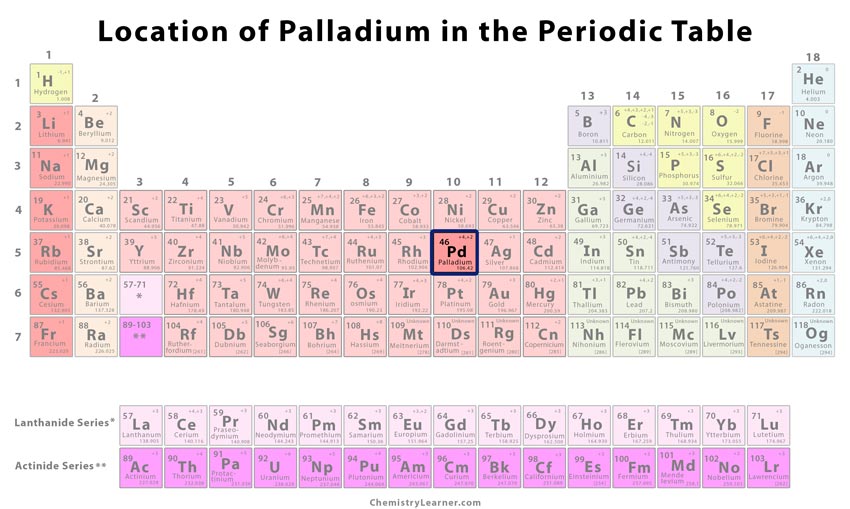 Location of Palladium in the Periodic Table

Properties and Characteristics of Palladium 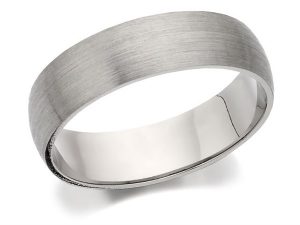 Palladium is a non-toxic element. It has no biological role [1]. 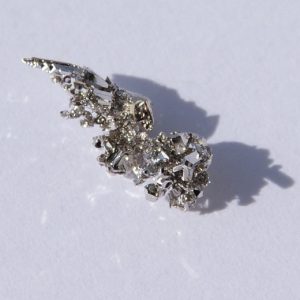 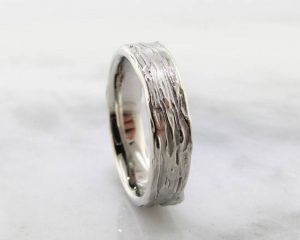