Ytterbium (pronunciation: i-TUR-bee-em) [2] is a malleable, ductile, bright silvery metal [3] that belongs to the group of lanthanides and is represented by the chemical symbol Yb [1]. It has seven stable naturally occurring isotopes, out of which 174Yb has the greatest natural abundance (32.03%), while 176Yb is the most long-lived with a half-life period of 1026 years [1, 4]. 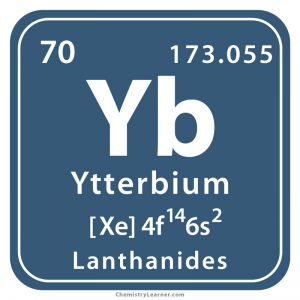 Ytterbium, like other lanthanides, is commonly obtained from the mineral monazite and is separated through solvent extraction and ion exchange procedures [1]. The top 3 ytterbium-producing nations in the world are China, Russia, and Malaysia while the top 3 countries with the largest ytterbium reserves include China, CIS Countries, and the USA [1]. 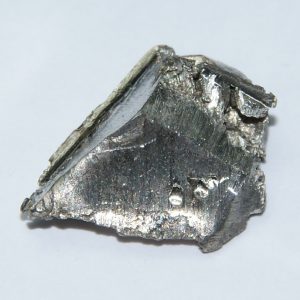 Origin of its Name: It is named after Ytterby, a town in Sweden where the element was first found [1].

Who discovered it: Jean Charles Galissard de Marignac, a Swiss chemist, is known for its discovery [1].

In 1794, the Finnish chemist Johan Gadolin discovered yttrium, a metallic chemical element that the scientists believed was a source of other lanthanoids (rare-earth elements) [1, 2]. In 1843, the Swedish chemist Carl Gustaf Mosander separated yttrium into terbium and erbium [1]. While experimenting with erbium at the University of Geneva in 1878, Charles Marignac was able to isolate ytterbium by heating erbium nitrate, obtaining red erbium oxide and a whitish element that he named ytterbium [1].

In 1937, Klemm and Bonner heated ytterbium chloride together with potassium to produce a small quantity of impure ytterbium metal [1, 5]. A purer form of ytterbium metal was made in 1953 by David Dennison, A. Daane, and Frank Spedding at the Ames Laboratory in Iowa [5]. 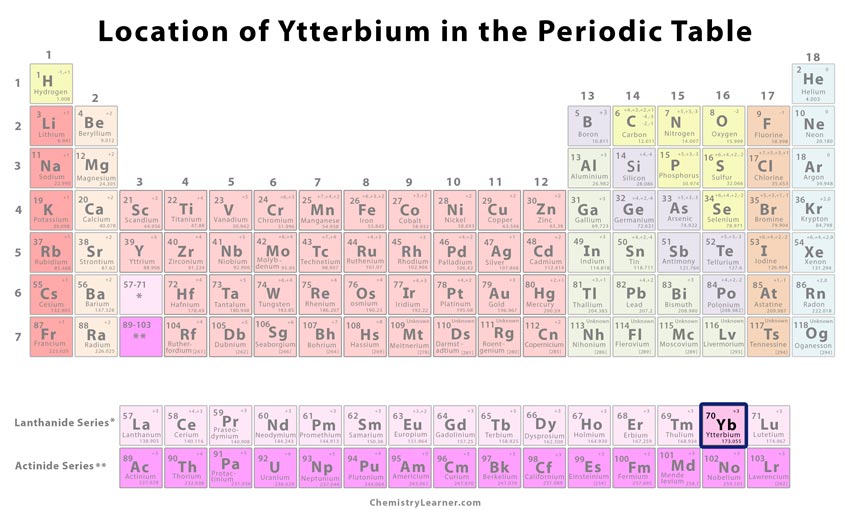 Location of Ytterbium in the Periodic Table

Properties and Characteristics of Ytterbium 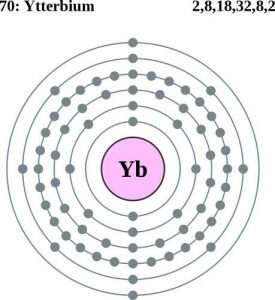 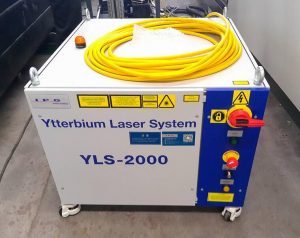 Ytterbium is considered slightly toxic [1], and its compounds can cause skin and eye irritations. Metallic ytterbium dust catches fire spontaneously, and the fumes are harmful to human health [9].