Argon (pronunciation: AR-gon) is a colorless, odorless, inert element belonging to the group of inert gases in the periodic table and is represented by the chemical symbol Ar [1, 2, 3]. Although it was once considered to be completely unreactive, it is now known to form a compound argon fluorohydride (HArF) during photolysis decomposition of hydrogen fluoride within solid argon matrix at a temperature of 7.5 K [4]. 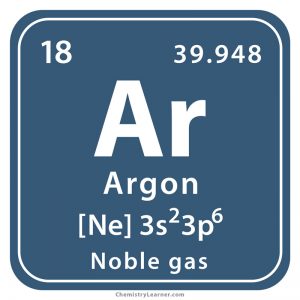 Where is Argon Found

Since it constitutes 0.94 percent of the Earth’s atmosphere, Argon is the third most abundant gas in the air [1]. It is formed when naturally-occurring 40K (radioactive potassium) decays to 40Ar [1, 4]. It is commercially produced by separating it and the other gases from liquid air using the method of fractional distillation [1]. 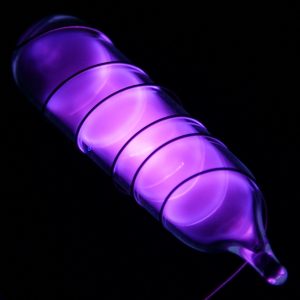 Origin of its Name: It is derived from ‘Argos’, Greek for idle or inactive [1, 2]

Who discovered it: The English chemist Lord Rayleigh and the Scottish chemist Sir William Ramsay are credited for the discovery of Argon [1, 2].

The British scientist Henry Cavendish had successfully separated the gas in 1785 and reported that it constitutes 1% of air, remaining unreactive even under extreme conditions [1, 3]. However, he failed to figure out the gas and fully understand its properties [3]. Despite being present in the Earth’s atmosphere, argon remained undiscovered for many years until William Ramsay and Lord Rayleigh isolated it from liquid air in 1894 [1].

In 1893, Lord Rayleigh found that nitrogen extracted from air is denser than that obtained from ammonia or other nitrogen compounds [1, 4]. To explain this abnormality, Rayleigh and Ramsay performed further experiments and notified one another about the progress [1].

In 1894, Ramsay isolated all the components, including nitrogen, oxygen, and carbon dioxide from the air [4]. Nitrogen was removed from the gas by reacting it with magnesium, resulting in solid magnesium nitride [1]. The gas that was left occupied 1/80th of the original volume and was chemically inert [1, 4]. After examining its spectrum, Ramsay found new red and green spectral lines [1]. In 1895, Ramsay and Rayleigh announced their discovery to the world [4]. 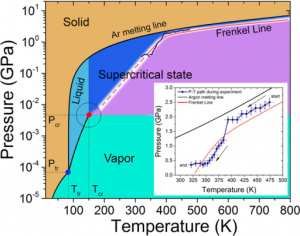 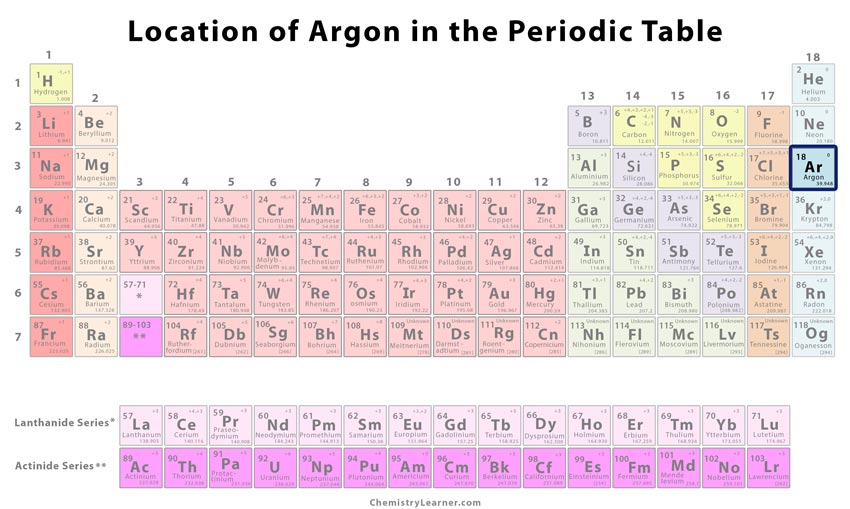 Location of Argon on the Periodic Table

Properties and Characteristics of Argon 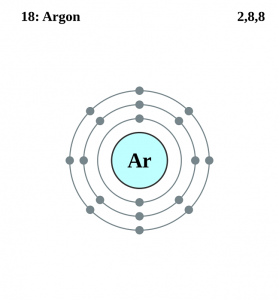 What is Argon Used for

Its Toxicity and Health Effects

It is not known to be toxic, but occupational exposure to refrigerated liquid argon can cause frostbite [12]. Being 38 percent denser than air, argon is regarded as a dangerous asphyxiant, meaning it can suffocate people in closed areas [12]. It is not known to play any biological role [1]. 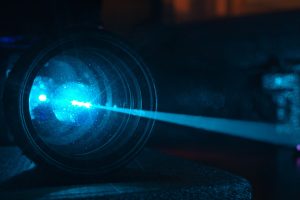