Gadolinium (pronounced as GAD-oh-LIN-ee-em) is a soft metal belonging to the family of rare earth metals [1]. Denoted by the chemical symbol Gd, it has seven naturally-occurring isotopes of which Gadolinium-160 has the longest half-life [1]. 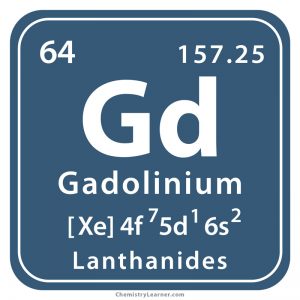 Where is Gadolinium Found

Trace amounts of the element are present in monazite and bastnaesite minerals with an abundance of 6.2 mg/kg in the earth’s crust. It is commercially produced through ion exchange and solvent extraction using those minerals, and also by reducing anhydrous gadolinium fluoride with calcium [1].

Origin of its Name: It is named after the Finnish chemist and physicist Johan Gadolin.

Who Discovered Gadolinium: Jean Charles Galissard de Marignac was the discoverer of the element.

According to Marignac, he was sure about the existence of another element in the didymium mixture found by Carl Mosander, the Swedish chemist. When scientists Marc Delafontaine and Paul-Emile Lecoq de Boisbaudran at Paris analyzed the mixture, they found spectral lines that did not match with the source. In 1880, Marignac successfully isolated the new element from it followed by Boisbaudran in 1886 who named it gadolinium [1]. 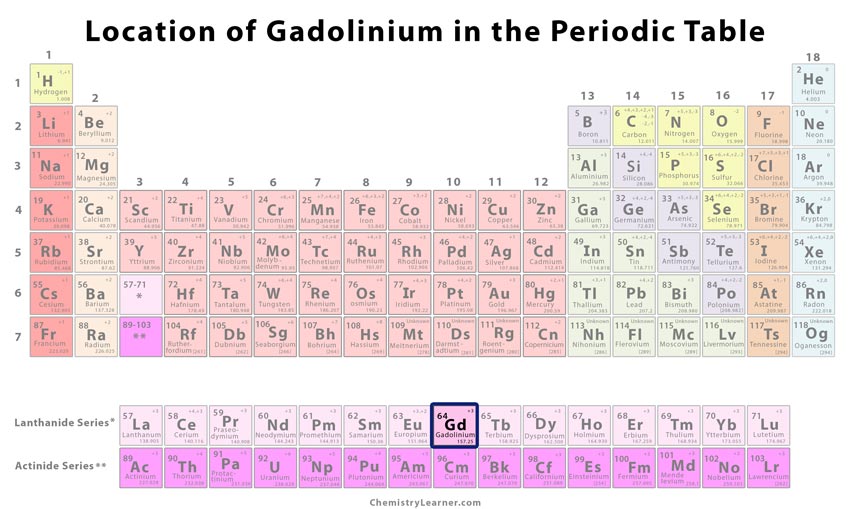 Location of Gadolinium in the Periodic Table

Properties and Characteristics of Gadolinium

What is Gadolinium Used for

Toxicity and Dangers of Using Gadolinium

There is no information about any adverse risks on humans upon its exposure. However, in some instances, Gd-based MRI contrast agent has seemed to cause mild side effects like allergic reactions, nausea, and vomiting [3]. 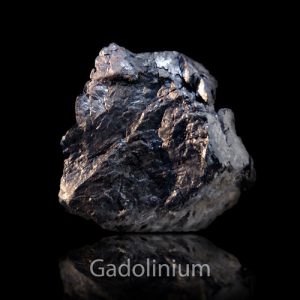