Gallium (pronunciation GAL-ee-em [2]), represented by the chemical symbol (molecular formula) Ga [1], is a soft element belonging to the family of post transition metals [5, 27]. Naturally occurring Ga has two stable isotopes with mass numbers 69 and 71 [2]. It has a low vapor pressure even at high temperatures and reacts with most of the non metals at such temperatures. It is also reactive with acids and alkalis [22, 27]. 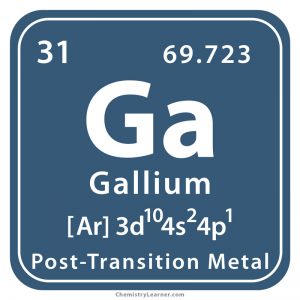 The element is present in traces in the minerals sphalerite, diaspore, germanite, coal and bauxite. However, it is not mined. It is mainly obtained as a by-product of zinc refining. It can also be produced by the electrolysis of a solution of potassium hydroxide and gallium(III) hydroxide [1, 25]. 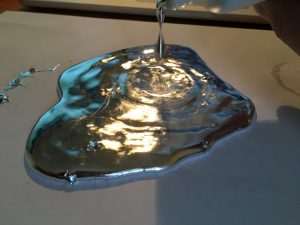 Origin of Its Name: It got its name from Gallia, the Latin name of France, the country of its discovery [1].

When Was Gallium Discovered: Its discovery year is 1875 [1].

Its existence and properties were predicted by the Russian chemist Dmitri Mendeleev long before its discovery. He had named the hypothetical element eka-aluminum as it would sit below aluminum in the periodic table. Boisbaudran observed a new violet line in the atomic spectrum of zinc extracted from a sample of zinc blende ore from the Pyrenees, indicating the presence of a new element. By November 1875 he was successful in isolating and purifying the metal in Paris and showed that its properties were similar to aluminum. In December, he announced it at the French Academy of Sciences [1, 3]. 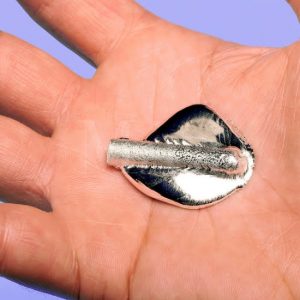 Metal That Melts In Your Hand 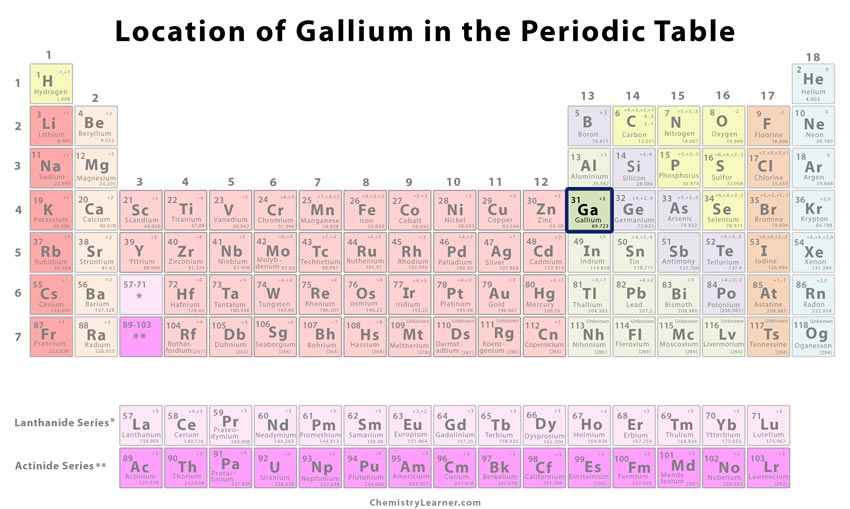 Location of Gallium in the Periodic Table

Properties and Characteristics of Gallium Metal 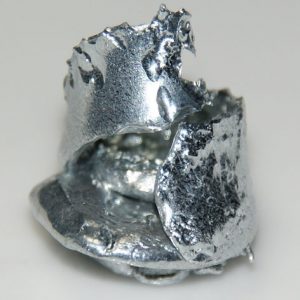 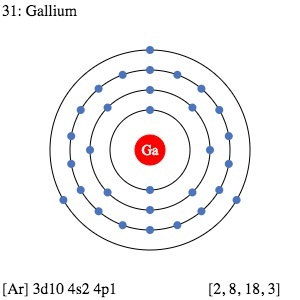 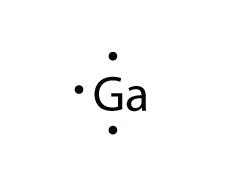 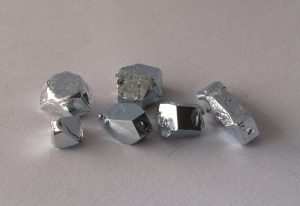 It is safe for the body. If you hold it, it can just leave a stain in your hands [1, 7]. However, gallium halide complexes can cause acute poisoning [11]. It is present in traces in our body but has no known effect on our health [7]. 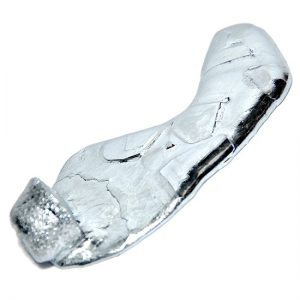