Indium (pronounced as IN-dee-eem) is a soft metal that does not react with water or air under normal atmospheric conditions, but dissolves in acids. Represented by the chemical symbol In, it belongs to the boron family. Out of its 38 isotopes, In-113 and In-115 are naturally occurring where the latter has a half-life of 4.41 x 1014 years. 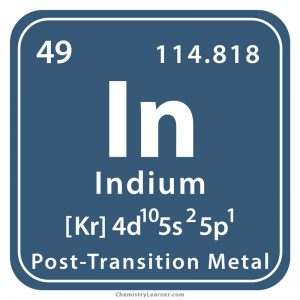 Where is Indium Found

A rare element in the earth, In is found associated with iron, copper, lead ores and zinc minerals. Commercially, it is obtained as a by-product of zinc refining [1].

Origin of its Name: The name of the element is derived from the Latin word ‘indicum’ that means indigo or violet [1].

Who Discovered it: Heironymous Richter and Ferdinand Reich [1]

In 1863, Reich at the Freiberg School of Mines in Germany was carrying out an analysis of a mineral called zinc blende (sphalerite) to isolate the recently discovered thallium. Although he found some yellow precipitate and assumed it be thallium sulfide, his atomic spectroscope displayed some other lines. Since he was colorblind, Richter studied the spectroscopy results and witnessed a brilliant violet line.

Again Reich and Richter worked together to obtain a small sample of the new element, named later as indium, and announced their discovery. However, both had a row and an eventual fall out when Richter went to Paris and claimed to be the discoverer [1]. 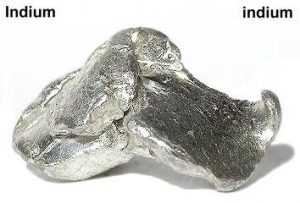 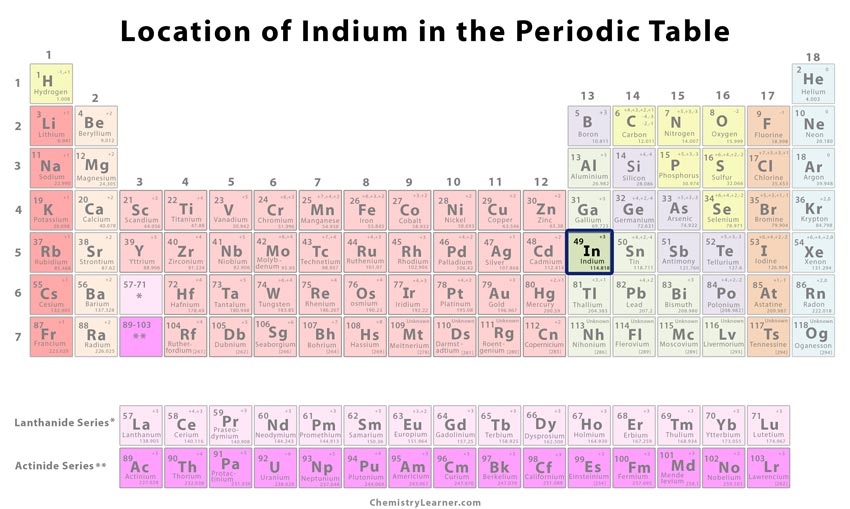 Location of Indium in the Periodic Table

Properties and Characteristics of Indium 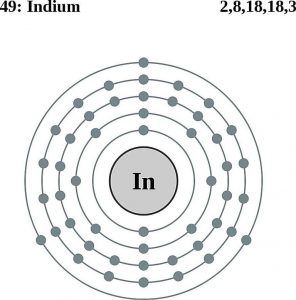 What is Indium Used for 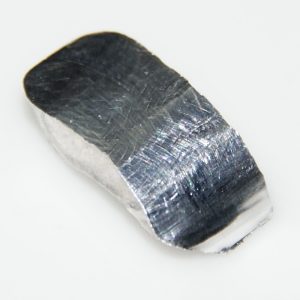 Based on some animal studies, long-term ingestion of small amount of indium compounds can have severe carcinogenic effects [9].

When indium is bent, it produces a high-pitched crackling sound as a result of crystal twinning [10]. 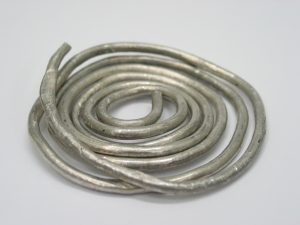