Protactinium is a highly radioactive metal belonging to the family of actinides and denoted by the chemical symbol Pa [1]. It has 27 isotopes with mass numbers ranging from 212 to 238 out of which protactinium-231 is the most stable one with a half-life of 3.276 x 104 years. After which, it forms actinium-277 through alpha decay [3]. 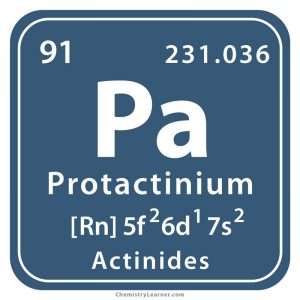 Origin of its Name: Its name is derived from the Greek word ‘protos’, meaning first, added as a prefix to the element actinium [1].

Who Discovered Protactinium: Kasimir Fajans and Otto Gohring were the discoverers of the element [1].

In 1900, William Crookes isolated an unidentified radioactive metal from uranium. However, it was only in 1913 when Fajans and Gohring showed that the new element underwent beta-decay and confirmed it to fall in the sequence of elements through uranium decay. It was identified to be isotope protactinium-234 with a half-life of 6 hours and 42 minutes [1]. 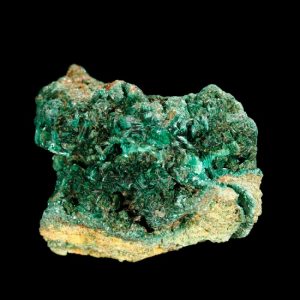 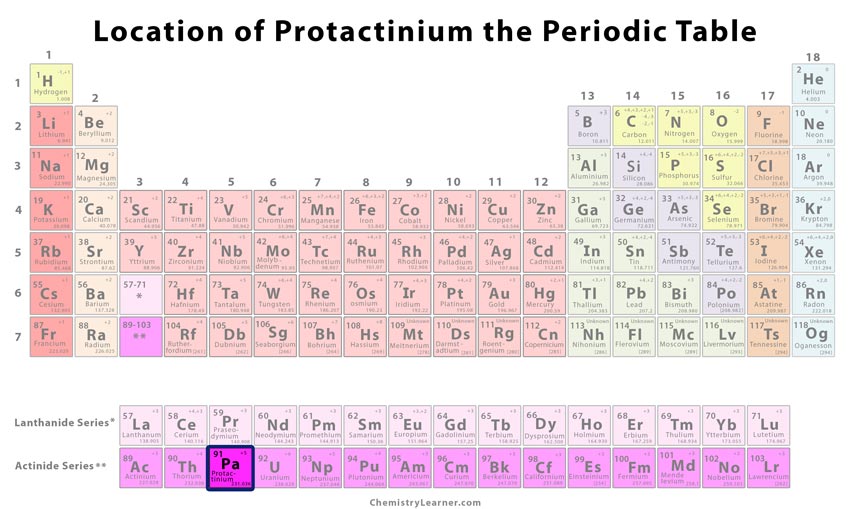 Location of Protactinium in the Periodic Table

Properties and Characteristics of Protactinium 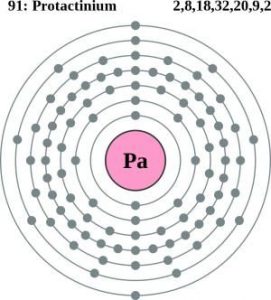 There are no practical applications of the element outside basic scientific research [1].

Although the radioactive nature of the element makes it highly toxic, its scarcity in nature does not pose any serious threats [10].