Selenium (pronounced as si-LEE-nee-em) is a metalloid, existing in both amorphous and crystalline forms, where the former appears as red/black powder and the latter as a silver-gray rock [1]. Denoted by the chemical symbol Se, it has 24 isotopes of which only six exist naturally in different concentrations in the earth’s crust [4]. It is reactive, forming compounds when heated with metals, non-metals, and halogens. It also burns in the air in the presence of heat to form selenium dioxide [12]. 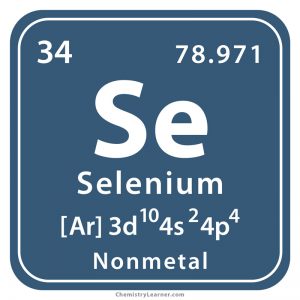 Where is Selenium Found

It exists freely in nature, but more often associated with other metals in the form of minerals. The main source of Se is anode mud from which it’s obtained during the electrolysis of copper.

Origin of its Name: Its name is derived from the Greek word ‘Selene’ that means moon.

Who Discovered it: Jons Jacob Berzelius

In 1817 at Stockholm, Berzelius he was fascinated by some red-brown sediment at the bottom of his sulfuric acid chambers. Since the smell of the unknown residue was similar to radish when heated, he thought it to be the element tellurium (Te). However, he ruled out the possibility as it showed properties intermediate between Te and sulfur. Finally, he was able to prove the existence of a new element in Te samples, owing to the pungent odor released. 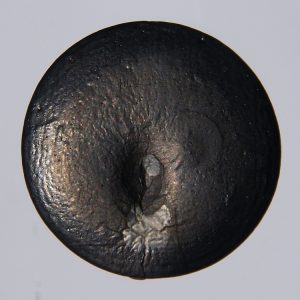 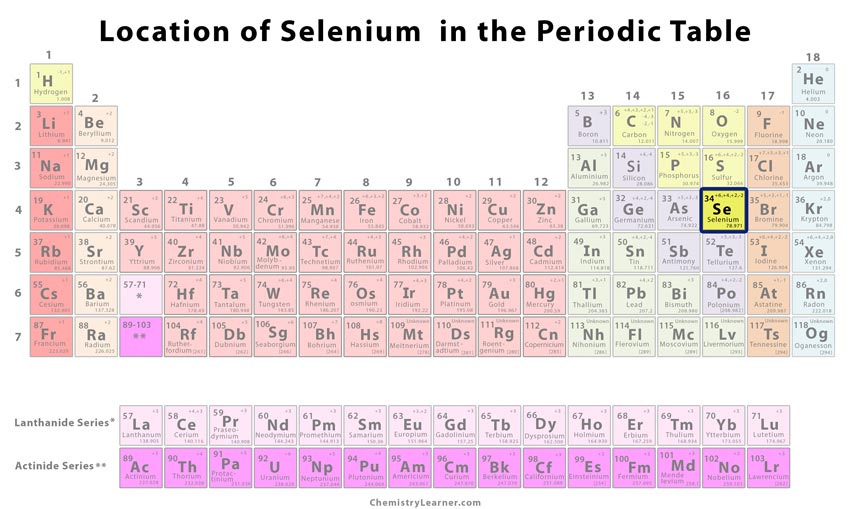 Location of Selenium on the Periodic Table

Classification, Properties and Characteristics of Selenium 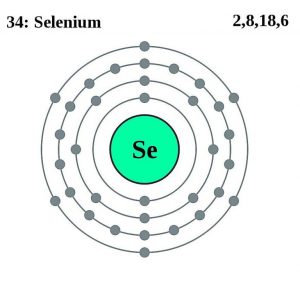 What are the Common Uses of Selenium Element

What are the Toxic Effects of Selenium

Exposure to higher levels of Se has been linked to neurological defects, carcinogenic effects, and brittle hair and nails [11]. Accidental oral ingestion may lead to nausea, vomiting, and diarrhea. Excess inhalation of the vapors can cause dizziness, fatigue, skin irritation, and lung problems [1, 11]. 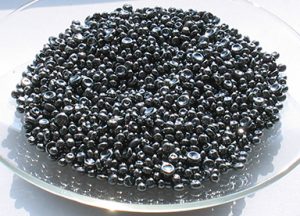 Pure selenium may be priced anywhere between $5 and $6 per gram.