Terbium (pronunciation: TER-bee-em) is a soft, silvery rare earth metal belonging to the Lanthanide series of elements represented by the symbol Tb [1, 2]. While the naturally occurring terbium contains one stable isotope, terbium-159, it has 36 radioactive isotopes out of which the most stable one is terbium-158 with a half-life of 180 years [3]. 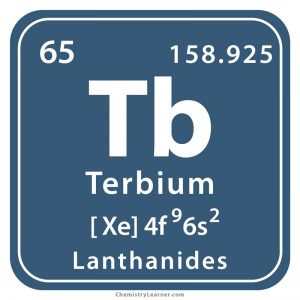 Where is Terbium Found

Being one of the rarest elements in the lanthanides group, it does not occur in a free state in nature [4].  However, it can be obtained from the minerals bastnaesite and monazite through solvent extraction and ion exchange [1]. The complex oxide named euxenite also consists of at least 1% terbium [1].  The top 3 terbium producing countries are China, Russia, and Malaysia, while the top 3 terbium reserve-holding countries include China, Russia, and the USA [1].

Origin of its Name: It is named after the Ytterby mines in Sweden where the mineral gadolinite (the source of terbium) was discovered [1, 5].

Who discovered it: The Swedish chemist Carl Gustaf Mosander is considered to be its discoverer [5].

How was Terbium discovered

In 1843, the mineral gadolinite was separated by Carl Gustaf Mosander to produce three substances that were named terbia, erbia, and yttria [5]. By 1877, scientists had reversed the names of terbia and erbia because they had confused the two substances due to the similarities between their properties and names [5]. From these two materials, Mosander discovered the rare earth elements erbium and terbium [5, 6]. 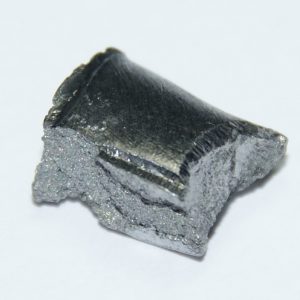 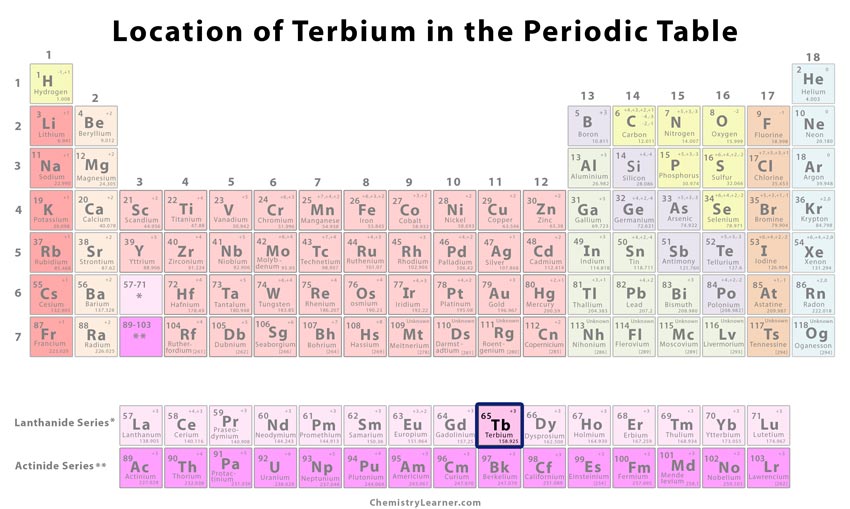 Location of Terbium in the Periodic Table

Properties and Characteristics of Terbium

What is Terbium used for

Because of its low toxicity, terbium does not have any known health effects and hazards [1]. 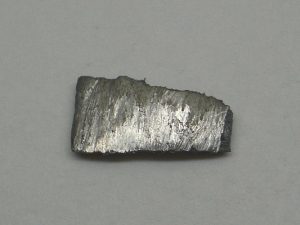