Uranium (pronounced as you-Ray-nee-em) is a radioactive metal denoted by the chemical symbol Ur. It has twenty-one isotopes of which only Ur-234, Ur-235, and Ur-238 exist naturally, the last one is the most commonly known isotope with the longest half-life of 4.5×109 years, undergoing decay into thorium-234 through alpha decay or spontaneous fission. Although it is a good source of nuclear energy, there are both pros and cons of using it. 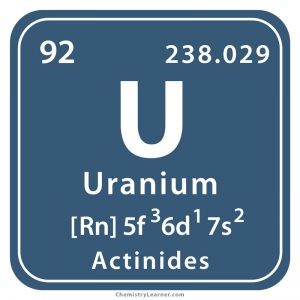 It can be found in several mineral rock ore deposits reserves like brannerite, uranite, and carnotite, and also in phosphate rock and monazite sands. Its mining is done on a large scale, especially in the mines of US, resulting in a world production of about 41,000 tonnes every year. Another way of preparing the metal is by reducing uranium halides with Group 1 or Group 2 metals as well as uranium oxides with aluminum or calcium

Origin of its Name: The name has come from Uranus, the seventh planet of the solar system.

Who Discovered it: Martin Heinrich Klaproth who was a German chemist

In 1789, Klaproth dissolved the mineral pitchblende, collected from silver mine resources, in nitric acid. He obtained a yellow precipitate when the solution was neutralized that was suspected to be an oxide of a new element. As a result, he made an attempt to produce it by heating the precipitate with charcoal, but couldn’t succeed. In 1841, the French chemist Eugene Peligot heated uranium tetrachloride with potassium and extracted the new metal. It was later named as uranium. 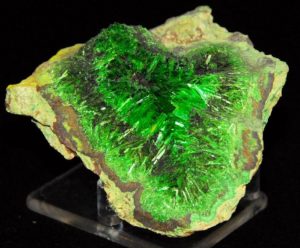 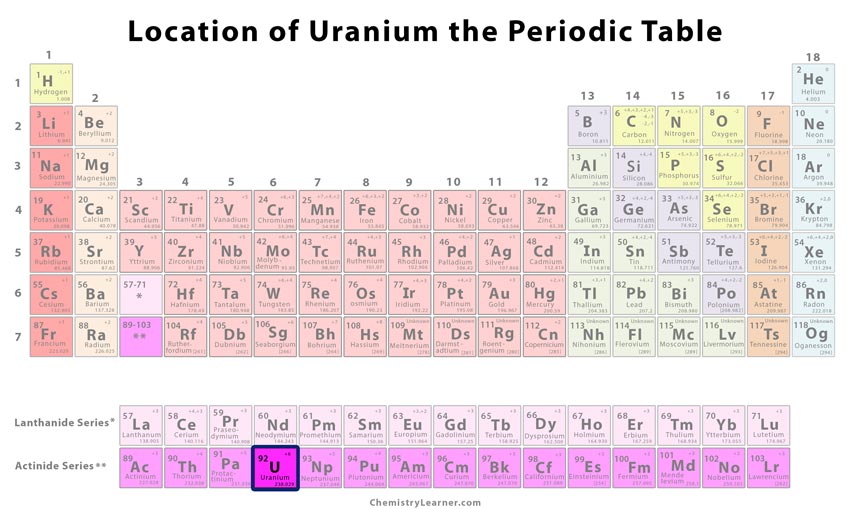 Where is Uranium on the Periodic Table

Classification, Properties and Characteristics of Uranium 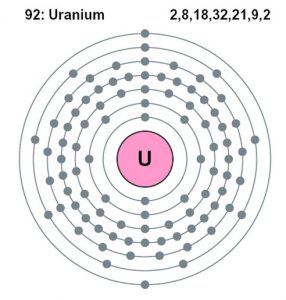 What are the Commercial Uses of Uranium 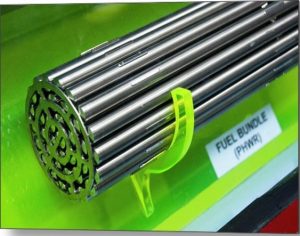 Does it Have Any Toxic Effects on Humans

Long-term exposure to its radiations has been linked to respiratory ailments and renal toxicity. When inhaled or ingested in excess, it causes lung and kidney failure as a result of acute poisoning[7]. 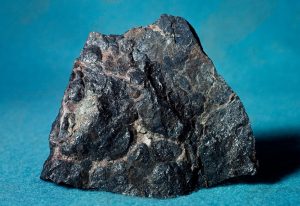 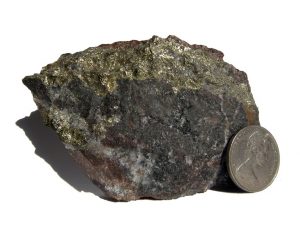