Plutonium (pronounced as ploo-TOE-nee-em) is a naturally-occurring radioactive element that belongs to the family of actinide metals. It reacts readily with oxygen, carbon, silicon, nitrogen, and halogens to form stable compounds [7]. Denoted by the chemical symbol Pu, it has 17 isotopes with mass numbers ranging from 227 to 248 of which Pu-224 is the most stable having a half-life of 80.8 million years [1] [3, 4]. 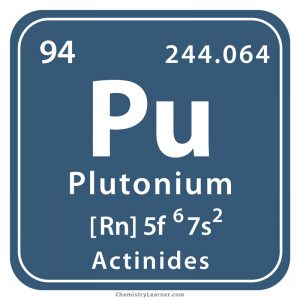 Where is Plutonium Found

The main sources of Pu are uranium ores, but most of it is man-made, obtained from irradiated uranium in nuclear reactors through reprocessing. Another method to produce Pu is by reducing plutonium tetrafluoride with calcium [1].

Origin of its Name: The name of the element has come from the planet Pluto [1].

In December 1940 at Berkeley, California, Seaborg, Wahl, Kennedy, McMillan produced an unknown element by bombarding uranium-238 with deuterium nuclei. It was recognized to be neptunium-238 with a half-life of 2 days that underwent beta decay to form another new element. After a detailed study, its characteristics were found to be similar to uranium [1]. 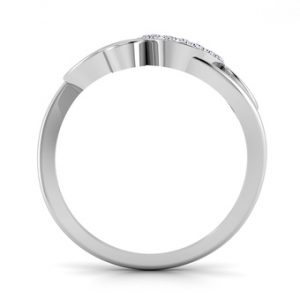 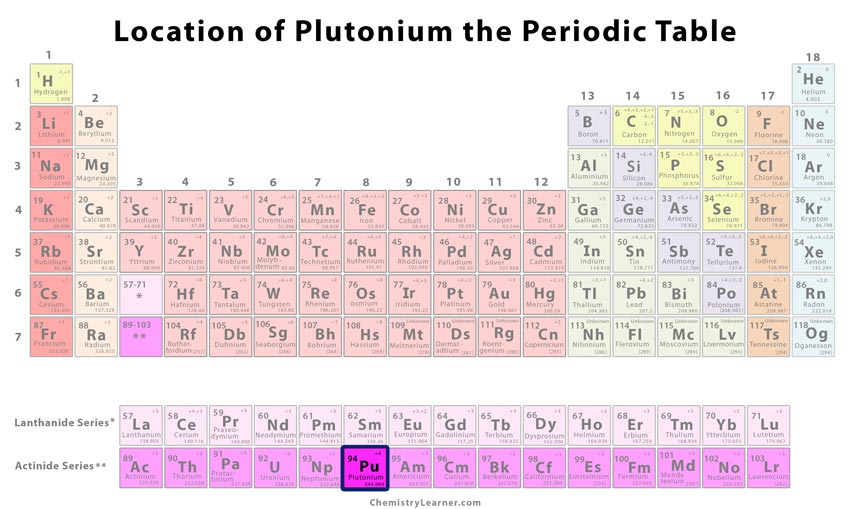 Where is Plutonium on the Periodic Table

Classification, Properties and Characteristics of Plutonium 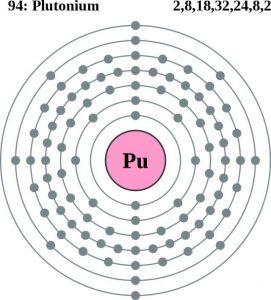 What is Plutonium Used for 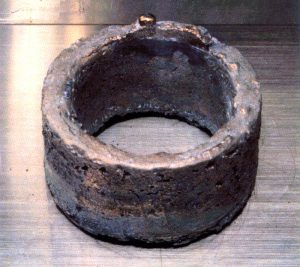 Does it Have Any Toxic Effects

Prolonged inhalation of Pu can cause lung cancer, liver cancer, and bone sarcoma as it accumulates in the body and stays for a longer period, making it a lethal poison [3]. 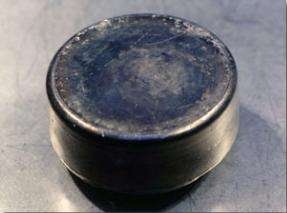 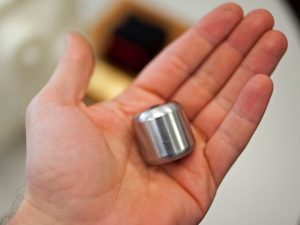 How Much is the Price of Plutonium 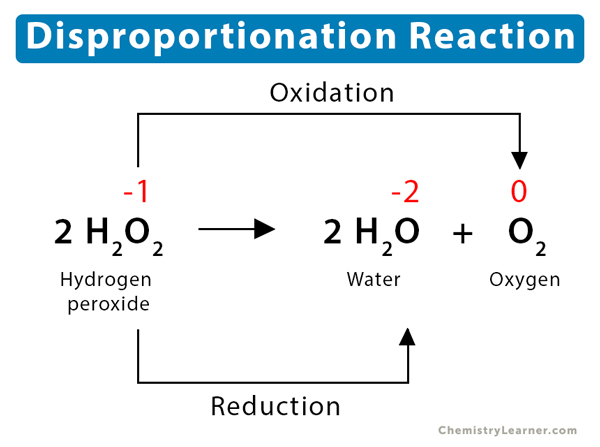