A radioactive metal, technetium (pronounced as tek-NEE-she-em) is the first synthetically produced element. Denoted by the chemical symbol Tc, it belongs to the family of transition metals [1]. 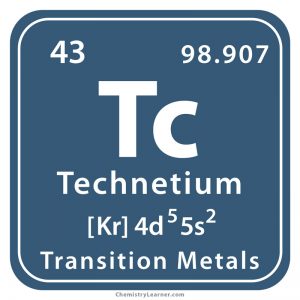 Origin of its Name: The name of the element is derived from the Greek word ‘tekhnetos’ which means artificial [1].

Who Discovered it: Carlo Perrier and Emilio Segre [1]

In the 1920’s, there were claims about its discovery through spectrum analysis. However, nothing was officially confirmed.

In 1937, when Segre in Italy analyzed a molybdenum sample from California that had been subjected to powerful radiation, he isolated a new element that was later named ‘technetium’ from it [1]. 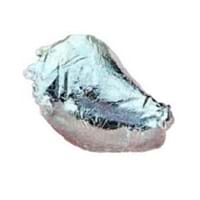 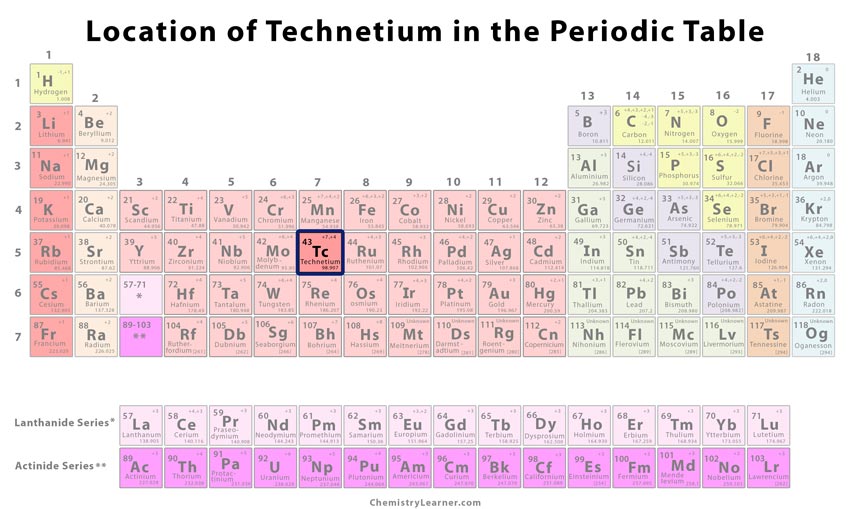 Location of Technetium in the Periodic Table

Properties and Characteristics of Technetium 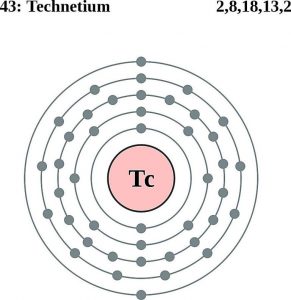 What are the Uses of Technetium

Although a radioactive and man-made element, it is commercially available, costing anywhere between $60 and $70 per gram.

One response to “Technetium”