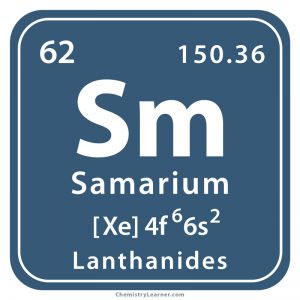 The element can be found combined with other lanthanide metals in several minerals the principal ones being bastnaesite and monazite. It is separated from the other constituents of the mineral by the procedures of ion exchange and solvent extraction. Recently, samarium has been separated from other lanthanides by electrochemical deposition. Its oxide can also be reduced by barium to yield the metal [1]. Ores containing the metal can be found in mining sites in India, Sri Lanka, Brazil, China, Australia and the US [16]. World production of samarium oxide is around 700 tonnes per year [21]. 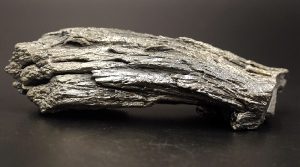 Origin of Its Name: It is named after the mineral samarskite from which it was first extracted [1].

Who Discovered It: French chemist, Paul-Émile Lecoq de Boisbaudran discovered it in Paris [1, 3].

When Was Samarium Discovered: Its discovery year is 1879 [1].

Samarium had eluded the chemists of 1800s. It all began with the discovery of cerium in 1803. It was suspected of being in combination with other metals and in 1941 Swedish chemist Carl Mosander isolated didymium and lanthanum from it both of which he claimed to be elements. Though he was right about lanthanum, Boisbaudran proved him wrong about didymium with his findings in 1879. He first extracted didymium from samarskite and then prepared a solution of didymium nitrate. He added ammonium hydroxide to it and collected the precipitate that was deposited in two stages. He focused on the first precipitate and measured its spectrum that revealed a new element. It was named samarium that eventually yielded other rare earths, gadolinium and europium in later years [1]. 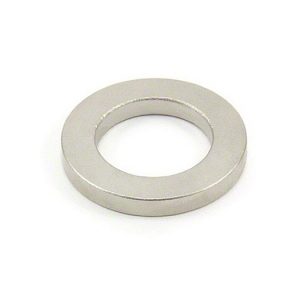 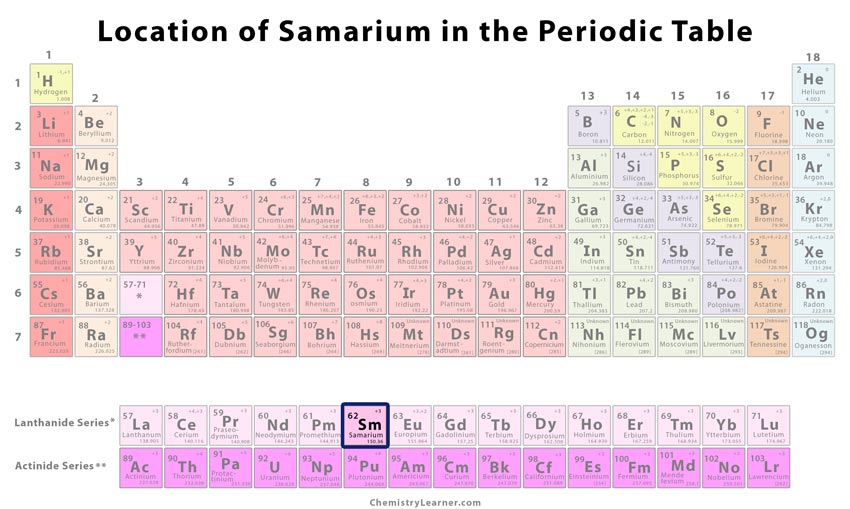 Location of Samarium in the Periodic Table

Properties and Characteristics of Samarium 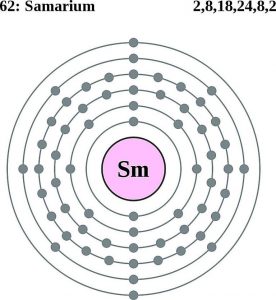 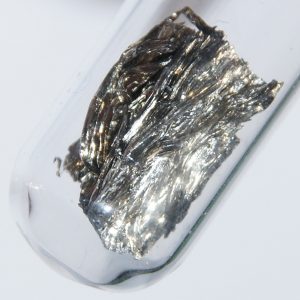 Samarium has low to moderate toxicity [1, 3]. 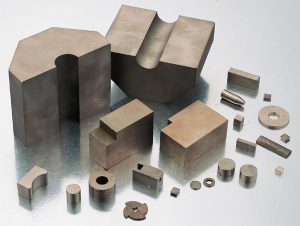